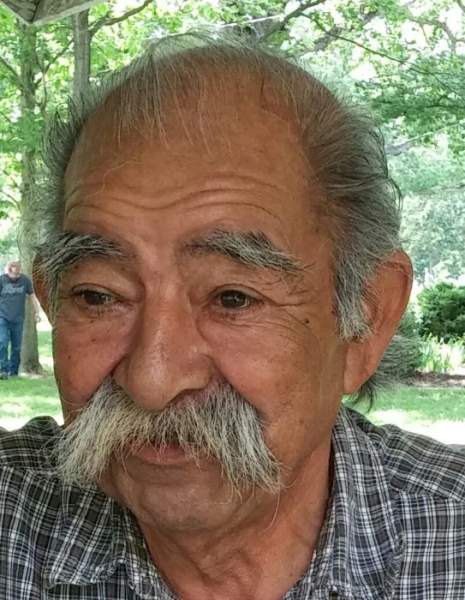 A man who rose from humble beginnings to make a successful life for himself and his family has left us. Angel Flores was a loving husband, a caring father and a cherished grandfather and friend to all. He leaves behind a legacy that shows hard work balanced with the ability to enjoy the company of others makes for a full and happy life.

Not too far into the decade of the 40’s, 1941 had its share of celebrations and times of hardship. After over 10 years of work, South Dakota’s Mount Rushmore was finally completed showcasing the heads of Presidents Washington, Jefferson, Roosevelt, and Lincoln carved out of granite rock. It was also the year in which families could, from then on, count on celebrating Thanksgiving on the fourth Thursday of November. The United States braced itself as news spread about the attack on Pearl Harbor on December 7th, and war was declared against both Japan and Germany just days later. Before these tough times, though, in Grand Saline, Texas, Guadalupe and Petra (Guerrero) Flores were preparing to meet their sweet baby boy. He was born on August 2nd, and they named him Angel.

He and his family only stayed in Texas for the first three years of his life, and then they moved north to Ohio. From early on, Angel witnessed a family who worked hard and worked together to make a living. The whole family picked tomatoes on a farm near Toledo. They made their home in a tent and made do with what they had. His mother took pride in their home sweeping the dirt floor until it was almost as clean and as hard as a tile floor. His father had great aspirations to eventually own a farm of his own and would jokingly yell at the kids to “Get to work!” so they would be able to earn enough to buy one. He was one boy in a large family with an equal amount of love to share. Many memories were created with the simplicity of only the necessities in life. Later, when Angel was a pre-teen, the family moved to Payne, Ohio where his father obtained a job working at Sechler’s Pickle Factory in St. Joe which was just across the Ohio state line in Indiana.

In time, and as Angel became an adult, he began to make plans for a life of his own. A life is certainly not complete without love. Initially, Angel found this love in Carol - who just happened to be best friends with a young lady named Sharon Grover. As luck would have it, Carol moved away leaving Sharon and Angel to discover that true love was right in front of them. They had many exciting times together including drag racing and motocross, as these activities were Angel’s passion from early on in life. Finally, on December 5, 1965, the happy couple married at St. James Lutheran Church in Payne. They exchanged vows, but there was not a single witness. Angel would often joke with Sharon that they were not really married because no one was there to prove it truly happened!

The newlyweds made a home close to Angel’s job at Pamtop, a company that made truck tops, in Payne. After some time, he moved on to Fruehauf Trailer as a welder in Fort Wayne. He continued there for about a year before breaking out on his own into the pizza business. Ironically, he started the Original Red Angel Pizza in Payne on July 4, 1974 - Independence day! The pizzeria did so well that they added more locations; at one point, they had 7 locations in operation simultaneously. Their success came from their use of fresh ingredients. Their trademark was that every bite provided the delectable taste of each ingredient.

Angel and Sharon worked diligently to continue a prospering business, but they also made time to expand their family. They celebrated the birth of both a son and a daughter, Kevin and Kari. Angel shared the love for motocross with Kevin and was beyond proud of his son when he won a motocross race as a child against a bunch of adults! The family also raised livestock, including horses, cows, and donkeys. He and Kari spent many hours working together taking care of the animals. On one occasion, Kari and her dad had a rare opportunity to bond when the sheriff called their house late one night asking them to round up the escaped cows roaming around in the center of town!

Angel made sure that his family went on special trips together as often as they could. Disney was a destination they loved to visit and did so several times. They also traveled to see the Badlands and rode in a helicopter to get the best views. Silver Lake, Michigan was another destination they visited for some sand dunes fun. Because of Angel’s magnetic personality, it was not unusually for him to run into friends even when they were on vacation.

Though Angel worked very hard, he also gave priority to enjoying life. His most favorite pastime was spent participating in motocross, but he also loved to drive the Amish. The pool hall was another place he frequently visited. He loved to talk to people, and his kind nature made him a friend to everyone he met. When he was not out socializing, he enjoyed an occasional western movie.

As time progressed, Sharon and Angel entered the next phase in life when their home was just for the two of them again. Eventually, they watched as grandchildren and great children blessed their lives one by one. The love these bright and innocent new lives brought was immeasurable for both Angel and Sharon. In time, Angel and his family suffered a sad segment in life when Kevin passed away. The death of his son was very difficult for Angel. With the love and support of one another and many friends, they endured the loss together.

This time, family and friends are forced to endure another loss without the love and support of the very one they cherished. Angel Flores passed away in his Antwerp home on April 2, 2017. In his 75 years of life, he experienced many great joys and some hardships; however, he always faced the days with positivity. He was a man who enjoyed laughter and friendship. His outgoing personality and his incredible ability to care will be missed greatly. We will hold memories we shared with Angel close to our hearts, and we will never forget him.

He was also preceded in death by his son, Kevin; Pauline, Margie, Janie & Joe.

He will be laid to rest in Wiltsie Cemetery, Payne.

Memorials are to Community Health Professionals.

PLEASE DELIVER FLOWERS AND ANY OTHER TRIBUTES ON WEDNESDAY BEFORE 5 PM TO THE PAYNE FUNERAL HOME,

To order memorial trees or send flowers to the family in memory of Angel Flores, please visit our flower store.