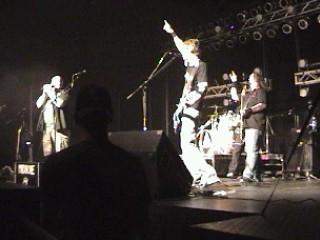 Brian was born in Van Wert on January 9, 1965, a son of Karen Sue (Wilhelm) Begley and the late Dennis Berlyn Saylor.

He enjoyed playing football and wrestling at Wayne Trace high School. Brian had the distinction of becoming the first Sectional Wrestling Champion for Wayne Trace.

Brian loved music. He played guitar for the bands Mudbone and Plan B. He thoroughly enjoyed playing the couple's and men's golf leagues at Pond-A-River Golf Course and coaching the Minnesota Vikings and Ohio State Buckeye Football from his couch.

He proudly served in the U.S. Army for 8 years where he reached the rank of Sergent.
Brian was currently employed by Precision Mechanical Insulators and worked in construction for many years.

He was preceded in death by his father, Dennis; brother, Tony and nephew, Chase Kushion.

His family will hold a private service at Dooley Funeral Home, Payne.

A celebration of Brian's life will be held at at later date.

To order memorial trees or send flowers to the family in memory of Brian Saylor, please visit our flower store.