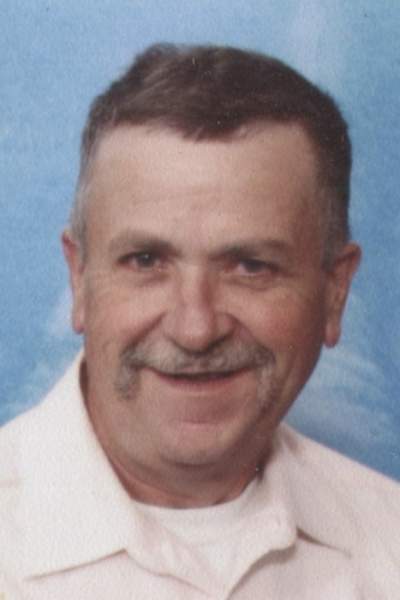 He was born in Decatur, IndIana on January 22, 1948 a son of the late Edwin Dale Lehman & Lois Stephenson Bennett.

Joe spent 35 years at Zollner's in Fort Wayne and 9 years at Haviland Plastics.

Memorials are to Divine Mercy School.

Devon Jay Lehman Sr. was his name, but if you were to call him by that name he would not answer you. People knew him as Joe. His Uncle Harry did not like the name Devon and loved GI Joe so Devon became Joe and from that moment on Joe was his name. Later on, he became known as Tobacco Joe or Dad, Husband, Brother, Uncle or his favorite name Grandpa Joe.

He was born and raised in Monroeville/Decatur Area to Lois and Edwin Lehman on January 22nd 1948. He was the next to the youngest of 4 children (Deanna, Darlene, and Vickey) But as per Joe’s sense of humor he would tell people the day before. No one really knew why he did it, it was just funny to him. Two of his fondest memories growing up was being chosen to go on to gym floor of Monroeville School when he was 8 years of age and meeting the Harlem Globetrotters and tossing the ball to help them with some entertainment.

Another of his fondest memories from his childhood was watching his Uncle John work on cars and his grandfather Charles Stephenson working in the garden. He lived with his grandparents in his early years after Lois and Edwin divorced. Later on, Lois met Max Bennett and Max raised Joe from the time he was about 16 years old. Joe was never good in school and thought about dropping out but Max would not let that happen. Bill Fast, a teacher at Antwerp Local school would drive Joe every day to Antwerp. With his teacher’s assistance Joe to saw the need to graduate and he did in 1966, and with Bill, Joe found a friend for many years to come.

After graduating Antwerp in 1966 Joe started working and never stopped. One of Joe’s first jobs was working at Haviland Tile, laying tile for Gerald Mumma and painting horse trailers. From there he started working for Fred Zollner personally because there were no openings at Zollner Pistons. Mr. Zollner hired Joe to work at his home and do landscaping. Joe would also drive Mr. Zollner around to area parks and hand out basketballs, baseballs, bats and gloves to kids at the parks. Joe and Mr. Zollner became friends and when an opening came in the factory Joe got in and worked there for the next 35 years. Joe made pistons, pouring and casting in the foundry. Joe always remembered Fred Zollner starting the Fort Wayne Pistons that later became the Detroit Pistons. Even after retiring Joe wanted to work so he went back to where he started his first job and got a job at Haviland plastics for another 9 years.

So, one day when in 1968 while living in Payne Ohio Joe went to get something to eat at the local restaurant and a waitress caught his attention. They started dating and even after Theresa’s dad hit Joe’s new Malibu Joe decided to ask Theresa to marry him. As she says, she never stopped waiting on him. So, in February 7th 1970 they became Mr. and Mrs. Joe Lehman. Married at St. John the Baptist (now Divine Mercy Payne) they stayed together for the next 49 years. They started living in a trailer on highway 30 down near the state line but soon found a home in Haviland Ohio. There they raised 3 children (Daniel, Jeanette, and Devon) they also took in foster children from time to time and an exchanged student named Mickey who some became part of the family. Some of Joe’s fondest memories that he would tell everyone were ones that included watching his children grow. He enjoyed collecting coins with his kids and if they found anything under a 1960 date he would give his kids a quarter. He loved watching TV with the family and enjoyed the shows ALF, Smurfs, Bonanza, Little House, any Western (especially Gunsmoke) and MASH. He enjoyed going camping at Pony Town Camp Grounds over the summers, going fishing (with his brother, Dennis “Dutch” at Hogback Lake, and playing cards with Gene, his father in law). Joe would always say “just check the deck to make sure Gene had all the cards out”. He thoroughly enjoyed going on a camping trip to Michigan/Canada with Gene and his brother-in-law Gary. Family trips are another thing that Joe would talk about, he fondly remembers going to Michigan and being overrun by raccoons at the campsite late one night, and going to Florida and Disneyland. But his proudest moments were watching his kids graduate from Highschool, then Military bootcamp (One in the Navy and two in the Army), then College. He enjoyed attending all of the children’s weddings and then having grandkids: Brianna, Jacob, Paulina, Hannah, Alexandra and Danica. Watching his grandkids grow up and traveling to visit them was a great joy in his life. He enjoyed going to watch them cheerlead, perform in plays, judo class, and dance recitals. He also enjoyed quiet evenings with them watching them play, and have campfires.

Joe had his favorites, such as his love to drink. In the past, he may have enjoyed a can of Strohs but he gave it up in 1995 after a promise he made to his family. He never would give up his tobacco. Joe started smoking when he was younger, and would not stop until he passed. Joe loved to help people, even though he would not admit it. When his wife became mayor one thing that he would always be sure of was that the nativity set for the town was always put up. If a neighbor, friend or family member was in need Joe would be there to help. His favorite color was blue. He loved to travel! Later in his life with his wife he went to visit family in Arizona, Kentucky, California, Cincinnati, and Hawaii. Joe went on 2 cruises to the Caribbean Islands before Alzheimer’s became too much for him to travel. Eating was a pleasure for him. He loved snacks, especially peanuts and candy. He also loved coney dogs at the Root Beer stand, and a good bowl of chili. He even tried pineapple chili when visiting family in Hawaii, much to the surprise of his family. He enjoyed making corn casserole and eating all you can eat shrimp at Red Lobster. He always had to have at least 8 plates.

Joe was always trying to do the right thing for those he cared about. He always worked to put food on the table and roof over his family’s heads. Though he sometimes would do things just to make you mad, you would know he would always be there for you. If you were his friend, you were his friend for life. Joe and Theresa were married 48 years, and together they always tried to look forward, never back. They took the good with the bad, and always try to do the best for their family. Though he was not an affectionate man, but he did show love for those he cared about in other ways. He always made you feel welcome at his home, and would always offer you water, pop, or snacks any time you were a guest in his home. His family, especially his grandchildren, were his pride and joy, and he will be greatly missed.

To order memorial trees or send flowers to the family in memory of Devon "Joe" Lehman, Sr., please visit our flower store.