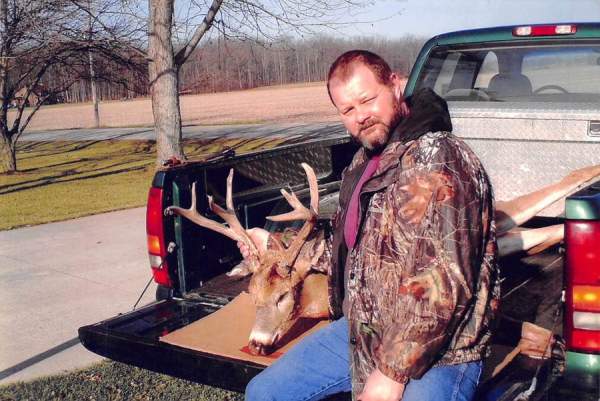 A hard worker and a dedicated family man are phrases that describe Donald Calvin Harp. The unexpected and sudden loss of such a good soul is a difficulty we are forced to endure. He will be dearly missed in this lifetime.

Over 51 years ago, in 1966, President Lyndon B. Johnson was the leader of the United States while the Vietnam War continued with over 500,000 troops in service. There were many exciting inventions and debuts during the year to help take the mind off the conflicts abroad. Up in space, the United States was in a race with the USSR to explore more and prove supremacy in spaceflight capabilities. Fictionally, the series “Star Trek” premiered introducing those inhabiting the Earth with Captain Kirk who resided on the USS Enterprise starship. Girls were wearing the stylish new miniskirt fashion while turning up their stereos full blast to listen to The Beach Boys, The Beatles, and The Rolling Stones. And luckily for the growing United States population (exceeding 195 million), Pampers introduced the first disposable diapers. This was good news for Aaron Harp & Anna Darlene (Gill) Botteron of Paulding, Ohio because, on January 29th, they welcomed their son into the world. They named him Donald Calvin.

Donald's early childhood was spent in Paulding, Ohio, but from the 5th grade on, he grew up in Antwerp. His mother worked for General Motors when he was a young boy, but later she stayed at home to help organize their family life. In 1979, his mother married Bill Botteron and with his brothers, David, James, and Rodd, their family was complete. He spent his days looking forward to the next time he could go hunting. He loved to trap squirrel, rabbit, groundhog, and raccoon, but when the traps did not work, he loved to hunt with his gun.

As Donald matured and attended Antwerp High School, he was involved in sports. He played some football, but a knee injury forced him to stop. He stayed active, however, in track and field setting records in the discus throw and shot put. True to his hard-working nature, he began working at the glass factory his junior year of high school. He stayed with the same company throughout his life into his adult years, but the names of the company changed over time from TGS, to Spec Temp, and finally today's Paragon Glass Antwerp.

When Donald was not working, he enjoyed time spent with his family. He had an especially close bond with his mother. Though he was an independent and serious person most of the time, he was known to tease his mother on occasion. He knew how to really get to her, as he would sometimes joke with her about flashing the farmers while sitting on their front porch - this would mortify her, but it also showed he had a light side. Donald and his family were forced to say goodbye to his mother in 2015. This was a sad time, and Donald was supported by his brothers, aunts and uncles (especially Uncle Bill and Aunt Doddie). In time, he found the goodness in life again.

Much of the goodness was found in the love he had for Shaina and Dylan, his niece and nephew. The time he spent with them filled a special place in his heart. Christmas time was a cherished holiday when he would try to make sure the kids were taken care of in memory of his mother and their grandmother.

When Donald had time to spare for personal enjoyment, he had definite joys in life. In the fall, he was always a dedicated fan of the Chicago Bears. Sunday afternoons were spent cheering on both the exciting and frustrating plays. One of his favorite shows to watch was M*A*S*H. If all else failed to entertain, he loved attending popular movies at the local movie theater. Just recently, a special outing was shared with Dylan when the two went to see the "Ninja Turtles" movie.

Unfortunate life circumstances recently led to Donald witnessing his Uncle Bill's involvement in a motorcycle accident. Upon this incident, Donald suffered a heart attack. Sadly, on Wednesday morning, June 28, 2017, Donald was found unresponsive in his home. After a life of 51 years, we must look to one another to find comfort in our grief. With the memories we share, we can seek peace. Donald's memory will forever live in our hearts, and he will never be forgotten.

Don's funeral ceremony is Saturday, 11 am, Dooley Funeral Home, Antwerp with viewing one hour prior.

He will be laid to rest at Maumee Cemetery, Antwerp.

To order memorial trees or send flowers to the family in memory of Donald C Harp, please visit our flower store.