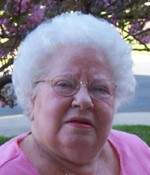 Dorothy is also preceded in death by her brother, Elwood Rone, Jr.

Condolences and fond memories may be shared atwww.dooleyfuneralhome.com

To order memorial trees or send flowers to the family in memory of Dorothy Osborne, please visit our flower store.