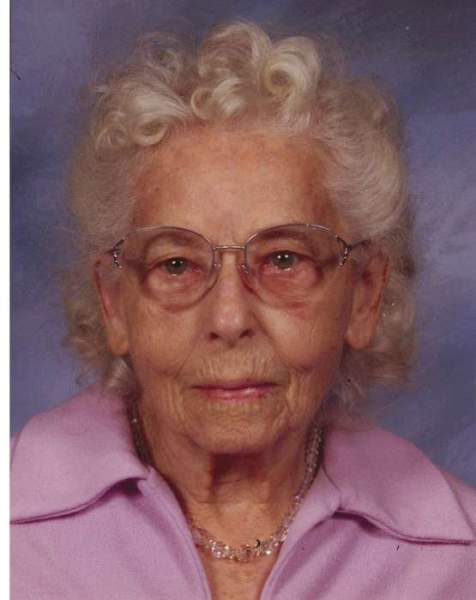 Edith was born in Lafayette, Indiana on August 24, 1914, the daughter of Francis and Eleanor (Van Oss) Goldthwaite.

She held many interesting jobs during her long life, including building torpedoes to help the war effort, was a photo film developer & worked at Magnavox.

She was preceded in death by siblings, Murray and Jackson Goldthwaite, Marian Kreigh, Francis Fletcher and Patricia Stevens and grandson, Mark Lloyd.

Service is Monday, 11 am, with viewing one hour prior at Dooley Funeral Home, 202 W. River Street, Antwerp

She will be laid to rest at Greenlawn Cemetery, Fort Wayne.

PLEASE DO NOT MAKE ANY DELIVERIES AFTER 9 AM ON MONDAY.

To order memorial trees or send flowers to the family in memory of Edith Florence Lloyd, please visit our flower store.