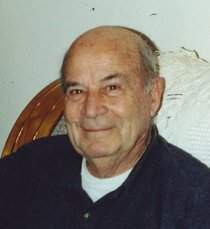 His service is Monday at 10 am with viewing one hour prior at Dooley Funeral Home, Antwerp, where viewing is also Sunday, 2-6 pm.

Memorials are to Fountain of Faith Free Clinic.

To order memorial trees or send flowers to the family in memory of Eugene Handy, please visit our flower store.