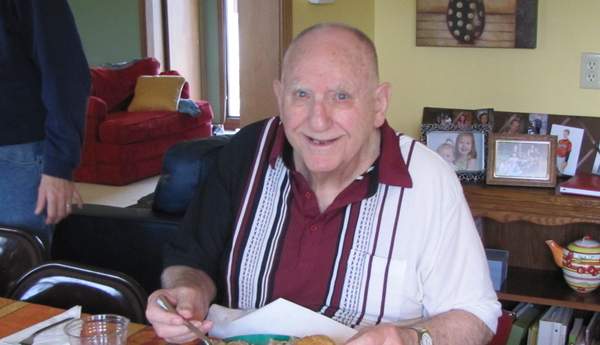 Ferd was born in Wapakoneta, Ohio on February 19, 1923, a son of the late Hazel (Fry) and Ferd Ellsworth Burden.

Ferd retired after 25 years from BF Goodrich & was a faithful member of Payne Church of the Nazarene.

He will be sadly missed by his children, Holly Jones of Payne, Ty John (Marcella) of Tooele, UT, David (Suzanne) and Jay Paul (Shellie), both of Fort Wayne; 10 grandchildren; siblings, Alice Waterman of New Bremen, Bill of Spencerville & Mark of Lima.
He is also preceded in death by his infant daughter, Rachel Belle & eight siblings.

His funeral service is at Payne Church of the Nazarene with Rev. Mike Harper officiating on Friday, March 16 at 3 pm, with viewing two hours prior to the service at the church.

He will be laid to rest at Wiltsie Cemetery.

Memorials are to  American Bible Society (Bibles for the Troops) or Payne Church of the Nazarene.

To order memorial trees or send flowers to the family in memory of Ferd Burden, Jr., please visit our flower store.