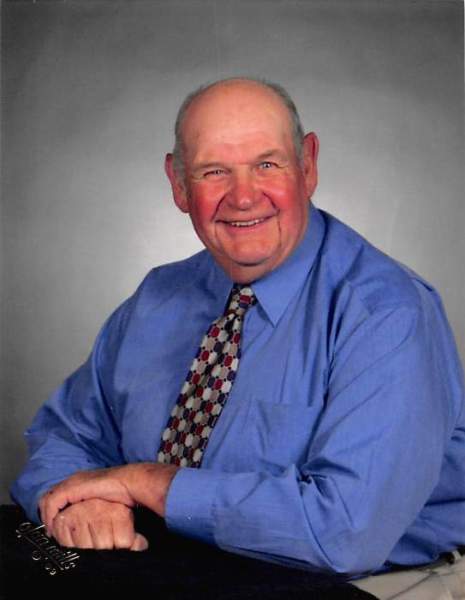 Harold Edwin Wann was born April 16, 1937 on the family farm in Harrison township west of Antwerp, Ohio, near the Indiana state line. His parents are Everett R. and Iva (Null) Wann. Harold took his final dispatch to heaven on July 13, 2019.

Harold attended Antwerp Local School, the class of 1955.  After school his first job was driving a fuel delivery truck for Seslar Oil Company in Antwerp. In the years that followed he worked for several trucking companies retiring in 2003 from Phelps Dodge - Knepper Cartage in Ft. Wayne IN. This concluded fifty years as a “commercial tourist” as he often called himself. During his employment at PDK he earned several safe driving awards totaling over two million miles of service. After retiring he still worked part-time for F.S.C.& E. in Antwerp. Not only was he an accomplished truck driver, for a few years he managed and worked the family farm.

Harold is survived by his wife Sandra (Agler) whom he married on August 13, 1966. Their marriage was blessed with two children R. Thomas (Deanna) of Paulding and Susan E. (Samuel) Mayberry of Georgia. Harold brought to their marriage three children Hal E. (deceased), Rita L. (Dave) Putman of Rockford OH, and James E. (Mechelle) of Ravenna OH. His grandchildren include Geoffrey Wann, Samuel and Sydney Mayberry, Melanie Wann, Brian, Kathleen and Taya Wann and Danielle Houston. Harold was preceded in death by a son, Kenneth L. (infant) as well as his two older brothers, Everett Gene and Claren Jay.

Harold had a quiet faith in his Savior Jesus Christ whom he served faithfully. He and his family were members and attended the United Methodist Church in Antwerp OH for twenty-five years where he served as Sunday School Superintendent and a Trustee. In recent years he and Sandra attend the United Methodist Church in Paulding OH where he was a faithful member and greeted attendees at the door nearly every Sunday. Most people will remember Harold for his quick wit, never meeting a stranger, and willing to do whatever he could to help someone.

His final resting place will be at the Maumee Cemetery at Antwerp, Ohio. If you wish to remember Harold with a memorial the family suggests a donation to the Paulding United Methodist Church’s Outreach Fund or the Community Health Professionals – Defiance Inpatient Hospice Center.

To order memorial trees or send flowers to the family in memory of Harold E. Wann, please visit our flower store.