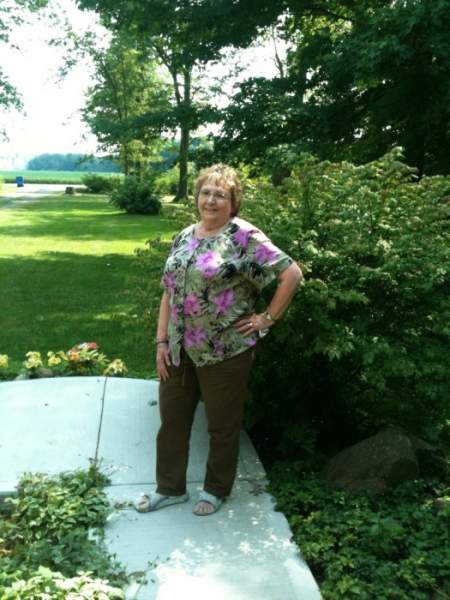 All who knew Helen Seslar would agree that she was one of the sweetest people around. She was a longtime resident of the community she loved, and she brightened the lives of so many around her with her warm and gracious smile. Helen treasured her roles as a wife and mother, but she just might have argued that nothing was better than becoming a grandmother later in life. Although she accomplished so much of which to be proud, there was nothing that was of greater importance to her than the relationships she shared with her friends and loved ones. Deeply loved, Helen’s memory will be forever cherished.

During the first half of the 1940s the eyes of our nation were focused overseas as countless young men and women were serving in WWII. Those who remained stateside became familiar with rationing on common goods like sugar, coffee, rubber, and paper while manufacturing was focused on supporting the war effort. Amidst this eventful time was a time of great anticipation in the lives of Joseph and Julia (Kalmar) Szabo as they were eagerly awaiting the birth of their new baby as the beauty of fall began to unfold in the city of Fort Wayne, Indiana, in September of 1942. Their wait was finally over when the baby girl they named Helen Violet drew her first breath on September 27th. She was one of four children as she was raised alongside her siblings, Louis, Elizabeth, and Margaret.

Raised in McGill, Ohio, near Payne, Ohio, Helen was a typical young girl of her generation. Her father worked for Panhandle Pipeline while her mother worked at the tomato factory in Paulding and was also a homemaker. Helen experienced a simple upbringing and was raised in a Catholic home. She enjoyed riding bikes and attended local schools including Payne High School where she sang in the choir. Helen was also in a comical play where the characters wore their father’s clothes. In addition, she was on the school newspaper and also drew pictures for the paper. Helen went on to graduate from high school in 1960.

New and exciting changes were in store for Helen when she met the young man of her dreams, Harry Seslar. They met in a rather unusual way as she was waiting for another date to pick her up, and as fate would have it Harry rode down her road, only to see her standing there. He asked Helen to go with him to play miniature golf, and the rest is history as they say. They began dating, and it didn’t take them long to fall deeply in love. With a desire to spend the rest of their lives together Helen and Harry were married on June 24, 1961, at the First Presbyterian Church in Antwerp. The newlyweds then went to the Smokey Mountains in a red Plymouth Valiant for their honeymoon. Together Helen and Harry welcomed two children, Tony and Brenda, into their hearts and home. As a family they enjoyed vacations to the Wisconsin Dells, Virginia Beach, Gatlinburg, and Disney among other fun destinations as they took a vacation together every year. As her family grew to include grandchildren, Helen couldn’t have been happier. She looked forward to Christmas Eve and Easter as it was a time for the family to gather together. Being Hungarian, the Szabos were known for their cabbage rolls and stuffed peppers, especially on holidays.

Throughout her life Helen was a woman of many interests. She and her husband were in a band called the American Sound for 25 to 30 years, playing whatever the crowd wanted. Helen played the keyboard, bass guitar, banjo, and she also sang as everyone in the band did. They once raised several thousands of dollars at the old American Legion post in Antwerp in support of muscular dystrophy. Their band played for many weddings and also won the Battle of the Bands in Defiance, Ohio, on one occasion. Helen was the owner of Fantasy Creations Jewelry, and she also loved raising raccoons as well as the companionship of her cats through the years. She also wrote for the Paulding Progress.

With a life that spanned times of great change in the world around her, Helen Seslar was a blessing to so many others. She was kind, caring, and generous with a warm smile always at the ready. Helen was warm and outgoing, the sort of person who could talk to anyone, and her laughter was contagious to all who were near. Life will never be the same without her here, but she leaves behind a timeless legacy that her loved ones will proudly carry on in her footsteps.

You are invited to her viewing to share your fond memories with her family on Thursday, April 19, 2018 from 4 to 7 pm at Dooley Funeral Home, 202 W. River Street, Antwerp, Ohio.

Helen was born in Fort Wayne, Indiana on September 27, 1942, a daughter of the late Julia (Kalmar) and Joseph  Szabo.

She was the owner of Fantasy Creations Jewelry but Helen will be missed for  being a loving, giving person who always had a smile for everyone she encountered.

She will be sadly missed by her husband, Harry whom she married June 24, 1961; children, Tony Seslar & Brenda Timbrook and grandchildren, Spencer Timbrook & Samantha Johnston.

You are invited to her viewing to share your fond memories with her family on Thursday, April 19, 2018 from 4 to 7 pm at Dooley Funeral Home, 202 W. River Street, Antwerp, Ohio.

To order memorial trees or send flowers to the family in memory of Helen Violet Seslar, please visit our flower store.