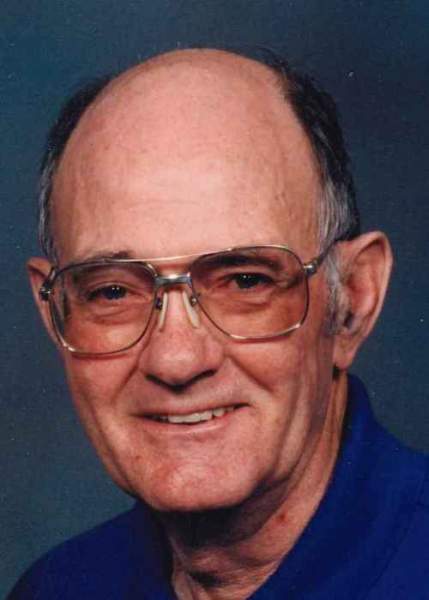 Hard working and a friend of many are just a few of the ways Jim Cheek could be described. He was also an easy going man whose family was the center of his heart. Jim was a man true to his word. Never one to brag or boast about his work ethic or the many ways he helped others, Jim enjoyed a simple life filled with those he loved by his side. For these things and so much more, Jim will be remembered fondly.

The year 1928 was an exciting time in our nation’s history as the Roaring Twenties redefined the culture of America. While the entertainment industry boomed, the discovery of Penicillin forever changed the field of medicine, and legendary baseball players set astounding records on the ball fields. Although the U.S. was on the brink of the Great Depression, a most welcome event in the lives of John and Willie May (Basham) Cheek was September 9, 1928, birth of their son whom they lovingly named, James Rinnard Cheek.

Born in the small, southern Illinois village of Karnak, Jim grew up alongside his older siblings, Evalee and Eddly, later welcoming his younger sister, Laverne. Always close to his sisters, Jim’s family lived in the outskirts of town on their rural farm. His father was a farmer and his grandfather served as a circuit pastor traveling to various churches throughout the area performing religious services. His mother looked after her family and Jim fondly recalled on many occasions how delicious his mother’s homemade pies and flat dumplings were. In his mind, no one could make them better.

Since he spent his early years on the family farm, Jim naturally grew to have an interest in farming, but he especially loved the horses. From a young age, Jim learned a hard work ethic which would serve him well throughout the years. While he was still quite young, his family lost their farm to a flood that rocked the area with waters convening from the Ohio and Mississippi Rivers. Jim and his family sadly watched as their home washed completely away right before their eyes.

Despite the loss his family and other residents of the area endured, the Cheek family moved into town and began anew. The onset of the Great Depression certainly didn’t help matters, yet with faith as their guide, Jim’s family pressed on. As a member of the Karnak Boy Scouts, Jim’s troop helped make toy PT boats. He attended the local schools and in his youth, he like many others, did what they could for the war effort during World War II.

Jim’s great love for horses never waned. In fact, he had hopes of becoming a horse jockey one day. His mother was a very short and small framed woman and he was certain he would take after her. His dreams were shattered after he turned 18 when he grew by leaps and bounds. During his childhood he did have a horse of his own, yet with the times as they were, Jim had no choice but to sell it as it was simply too expensive to keep.

Having graduated from Karnak High School in 1947, Jim moved to Washington State where he began farming with his cousins, the Witte family. As the U.S. finally recovered from World War II, it wasn’t long before news of war found the nation embattled in the Korean War. On January 16, 1951, Jim was drafted to serve in the U.S. Army as a combat engineer buildings bridges and airplane runways. Not only did he receive the Purple Heart for being wounded in combat, Jim was also honored and received a Bronze Star for his “bravery beyond the call of duty”. Although he always maintained he was simply doing his job, Jim was more than ready to return home for a time following his honorable discharge on October 15, 1952 at the age of 24.

After the war, Jim ventured out once again, moving to Fort Wayne, Indiana where he had relatives that lived and worked there. While in Fort Wayne, Jim worked at the Memorial Coliseum changing the ice for hockey games before landing a job working at Inca Wire. Eventually, Jim moved across the state line to Ohio and began working for the State of Ohio in road maintenance and snow removal.

Jim was responsible for plowing U.S. 24 that went through the town of Antwerp. While living in the area, Jim kept the snowplow truck in a municipal building and sometimes, even in his own driveway! Needless to say, his neighbors loved this because their street was always well plowed in winter. At one point, Jim even received special recognition from several Ohio governors for his service during some of the worst blizzards and winter storms to hit the area. The winter of 1984 and 1985 were especially bad, but during a blizzard in 1978, Jim was stranded for three days with his co-worker, Cork Hughes in Hicksville, Ohio where they stayed in a jail during the storm.

While working at Inca Wire in Fort Wayne, Jim met a woman by the name of Joyce with whom he became quite smitten. Just after his 40th birthday, September 28, 1968, Jim and Joyce were united in marriage at Mount Calvary Lutheran Church in Antwerp. She came into their marriage with two children, and Jim came to love Rose, 16 and Steve, 14 at the time as his own. Memorable times were shared as a family during the holidays and the summers were filled with the kid’s baseball games and an occasional day trip to the Ohio Caverns. Jim especially enjoyed fishing excursions to Canada with his son-in-law, Rudy and after retiring he liked returning to Washington State for vacation.

As a couple, Jim and Joyce were instrumental in moving the Antwerp American Legion Post to a much larger location at the old roller rink in town. It eventually made another move to its’ current location on South Erie Street. Jim was a faithful member of the Antwerp VFW and a life member of the Antwerp American Legion. In his free time, Jim loved keeping up with current events in the newspaper and he loved receiving his subscription to the New York Times his grandsons bought him each year. Quite fond of ice cream his whole life through, Jim also loved making homemade ice cream with Wendell Heisler now and again.

Jim Cheek was the type of man who would drop everything to help others. His family, friends and co-workers always enjoyed his great, dry sense of humor. Although he would never boast, Jim was most proud and counted as his greatest achievements his work and military service along with being recognized for his service to the state of Ohio. Deeply missed, never to be forgotten are the numerous memories Jim leaves behind.

James Rinnard Cheek, 88 of Antwerp passed away Tuesday, April 25, 2017, at Community Memorial Hospital, Hicksville. He will be sadly missed by his wife, Joyce (Shuherk) Cheek; children, Rose (Rudy) French of Springview, TN and Steve (Jan) Ouellette of Fort Wayne; sister, Laverne Anderson of Karnak, IL; grandsons, Joe and Jim French; great-granddaughter, Aleea Rose French. Jim was preceded in death by his siblings, Evalee Johnson and Eddly Cheek. Friends may meet with Jim’s family on Friday, April 28, 2017 from 4-8 pm at Dooley Funeral Home-Antwerp and again on Saturday, April 29, 2017 for one hour prior to his service at 11:00 am. He will be laid to rest in Maumee Cemetery with military honors. Memorials to the Antwerp American Legion Post. To share a favorite memory or photo of Jim and to send condolences and to sign his online guest book, please visit www.dooleyfuneralhome.com.

To order memorial trees or send flowers to the family in memory of James R. Cheek, please visit our flower store.