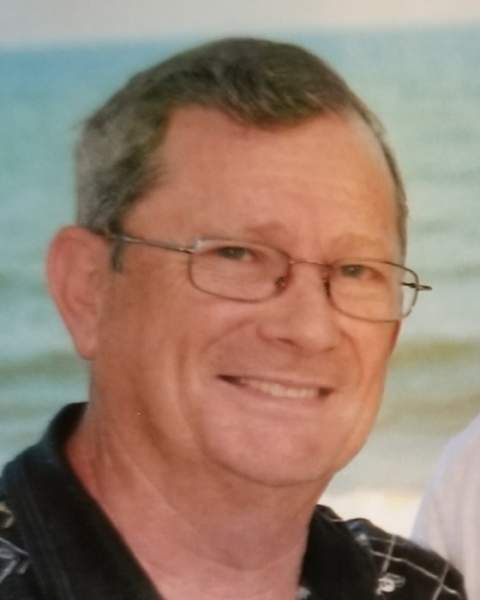 He served in the U.S. Army in the Vietnam War and worked at Parker Hannifin.  Jim always enjoyed hunting, fishing and the great memories he made with his family.

He will be sadly missed by his wife, Catherine "Cathy" (Gordon) whom he married June 20, 1970; sons, Jeff (Lisa) of Napoleon, Pete (Lisa) of Paulding & Greg (Kristina) of Ney; brothers, Richard (Mary Jane) & Kenneth (Nancy) both of Hicksville & David (DoRetta) of Antwerp; sister-in-law, Arlene of Paulding; 8 grandchildren & 1 great grandchild. His brother, Edward preceded him in death.

His funeral service is 11 AM on Friday, November 16th at Dooley Funeral Home, Antwerp with viewing one hour prior.

He will be laid to rest at Bethel Cemetery.

With a life that spanned times of great change around him, James “Jim” Cline was a man of purpose who gave everything his all. He was blessed to share most of his life with his true love, and together they experienced so many of the best things that life has to offer. Jim took his role as a father to heart, but he was so proud to become a father, grandfather, and even a great-grandfather. He was an outdoorsman through and through, and he was content in whatever life brought. Jim could tell the best stories, and he made life so much fun. Although he will be dearly missed, he leaves behind a brilliantly colored mosaic of memories that his friends and loved ones will forever cherish.

During the first half of the 1940s the eyes of the nation were focused overseas as WWII raged on. Countless young men and women were called to serve, and those who remained stateside became familiar with rationing on common goods while awaiting the latest news from the front lines. Amidst this eventful time for our country was a time of great anticipation in the lives of E. Arnold and Marceil (Zartman) Cline as they were eagerly awaiting the arrival of their new baby as the beauty of spring unfolded in the city of Paulding, Ohio, in May of 1944. Their wait was over on May 22nd when the baby boy they named James made his arrival in Paulding County Hospital. He was the third of five Cline boys as he was joined in his family by his older brothers, Ed and Richard, and his younger brothers, Dave and Ken. Jim’s father was a farmer who also worked at Grizzly Manufacturing in Paulding while his mother was a busy homemaker and mother to five bustling boys.

In many ways Jim was a typical young boy of his generation. He and his brother Dave could often be found out playing in the creek near their house. They were two ornery and adventurous boys who were forever making their mother nervous. Jim enjoyed hunting and fishing, and he also had archery competitions with his father until he went into the military. He attended Antwerp Local Schools, and after graduating from high school he went on to finish one year at Defiance College. Jim also served in the United States Army during the Vietnam War, beginning on March 8, 1966, until he was discharged on December 9, 1967. While serving Jim was sent to Korea as a teletype specialist.

Not to be forgotten during his years in school was Jim’s introduction to the woman of his dreams. Her name was Catherine “Cathy” Gordon, and they had gone to school together. Later on, Jim was her Sunday school teacher at Bethel Church, and they also only lived a few miles apart. Although their paths had crossed, Jim and Cathy didn't start dating until after his military duties were fulfilled. It didn’t take the couple long to find themselves deeply in love. With a desire to spend the rest of their lives together Jim and Cathy were married on June 20, 1970. Together they welcomed three sons including Jeff, Pete, and Greg into their hearts and home. Jim was there for his sons, and although he could be firm with them he was always fair. To support his family, he worked at Parker Hannifin.

Throughout his life Jim was a man of many interests. He had a lifelong love for hunting and fishing, and in a large part this was due to all the memories he made with his family. There was weekend camping at his brother Ed’s home where the brothers would meet, camp, and hunt near his home in Paulding. The entire Cline family would spend time camping there. Jim especially liked fishing on Oxboe Lake. He was a 4-H advisor from 1981 to 1992, and he was also a state representative for 4-H. A sports fan, Jim loved Cincinnati Reds baseball and Ohio State football and basketball.

Hardworking, adventurous, and fun loving, James Cline was an amazing man to know and love. He was an outdoorsman who loved sharing his favorite experiences with family and friends. Jim was always there for others when needed, and his devotion to his loved ones was unmatched. Deeply loved, he will never be forgotten.

His funeral service is 11 AM on Friday, November 16th at Dooley Funeral Home, Antwerp with viewing one hour prior.

He will be laid to rest at Bethel Cemetery.

To order memorial trees or send flowers to the family in memory of James "Jim" Cline, please visit our flower store.