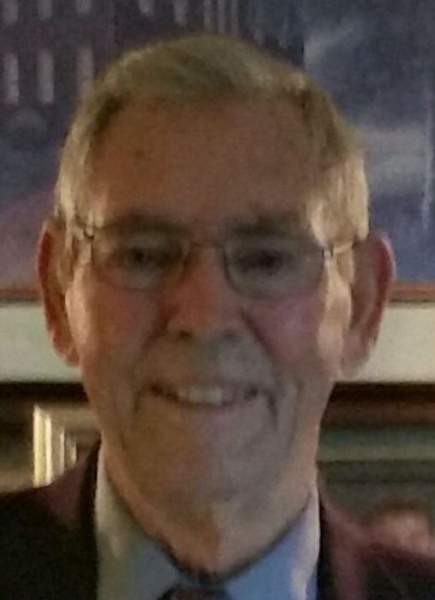 All who knew Joseph Lyvers would agree that he was an extraordinary man to know and love. He was a hardworking man who was well respected within the community he called home throughout much of his life. There was nothing Joe treasured more than his family, and his devotion to his family was truly unmatched. He was guided by his unwavering faith, and although life was not without times of trial for him he faced whatever came his way with both strength and courage. Life will never be the same without Joe here, but he leaves behind a timeless legacy that his loved ones will proudly carry on in his footsteps.

Life during the 1930s was anything but easy as the entire decade was cloaked in the hardship of the Great Depression. Jobs were hard to find, the unemployment rate soared, and things became even more of a struggle due to a drought that covered our nation’s heartland for nearly two years during this time. Amidst this eventful time was the year 1938 when Joseph Milbert and Marcella Norton (Reddicks) Lyvers were able to shift their focus to an exciting time in their own lives as the heat of the summer held Washington County, Kentucky, firmly in its grip. The big day finally arrived on July 14th when the baby boy they named Joseph drew his first breath on July 14th. Born on the family’s tobacco farm, he was the oldest of six children as he was raised in a close-knit Catholic family alongside his sisters, Mary, Carol, Freda, and Wanda, and his brother, Russell. In addition to the work his father did as a tobacco farmer, the family also earned extra money picking and selling blackberries. Through this experience, Joe learned the value of hard work, which remained with him for the rest of his life.

In many ways, Joe was a young boy of his generation. When his father was sent to serve during WWII, it became Joe’s job to help his mother take care of his four siblings. He attended school in Holy Cross, Kentucky, and his family attended what is said to have been the first Catholic parish West of the Allegheny Mountains. There, Joe served as an altar boy and grew strong in the faith that was forever engraved upon his heart. The Lyvers family was large, and so was their love for each other. Because they were so close and interacted so well together, there were few others who were a regular part of their lives. Joe grew up listening to the radio and eventually visited the Grand Ole Opry to see the people behind the music. Life in the Lyvers family could also be interesting at times including the time that Russell and Joe were chopping wood together and Joe ended up missing his tooth. Although Russell had told Joe to get out of the way, Russell swung the ax and jarred the blade loose, which ended up hitting Joe right in the mouth. In his free time, Joe enjoyed doing some fishing and hunting.

As a young man, Joe moved from Kentucky to Fort Wayne, Indiana, to open a Gulf Oil service station. He and his brother Russell managed the station and took care of all the service needs. Joe and his brother also made a great team on the race track as Russell did the driving and Joe did all the work on the car. Later on, he began working in the engineering department and the test track at International Harvester in Fort Wayne. Finally, Joe worked at Payne Equity Exchange.

There was never anything that was of greater significance to Joe than his loved ones. He cherished his role as a father to his three children, Joseph, Renee and Allen, and he was blessed to share the best years of his life with his true love, Beth Ann McIntosh. They had met when she was a customer at his Gulf Station, and with a desire to spend the rest of their lives together Joe and Beth were married in a small ceremony on September 28, 1968. Their family moved to Payne, Ohio, in 1975. Throughout his life Joe was an active part of his children’s lives, and he loved becoming a grandfather, too. One of his proudest moments was when his sons, Joe and Allen, and grandsons, Zach and Jacob, caught more walleye than most fisherman dream of! Joe took great pride in sharing his love for fishing with his family, and many hours were spent fishing at Lake Erie and their camper at Turtle Creek Marina. This is where Joe’s family learned the simple pleasure of fishing, too. It was also a day to remember when he went with his son and grandsons to the Indianapolis the Colts game.

Throughout his life Joe was a man of many interests. He was someone who worked hard in everything he did including earning his pilot’s license. Joe owned an Ercoupe plane as well as a Sesna. He loved golfing at Pleasant Valley and Lakeside golf courses. As someone who tried to live a healthy lifestyle, Joe made it a habit to work out at Paulding County Hospital’s fitness center. He and his wife enjoyed several trips to Bradenton, Florida, to vacation and visit with friends. Joe enjoyed Colts games and Indiana University basketball when Bobby Knight coached. In addition, he and his grandson, Zach, liked watching Jordan Spieth play golf. Another one of Joe’s proudest accomplishments was becoming a member of the masonic lodge. Faith was always a cornerstone in his life, and it was Joe’s faith that helped him face his leukemia head on.

With unending love for his family, Joseph Lyvers was a blessing to everyone he met. He was hardworking, enthusiastic, and fun-loving at times with a zest for life that was contagious to all who were near. With the love of his life by his side, Joe experienced so many of the best things that life has to offer. Deeply loved, he will be forever missed.

To order memorial trees or send flowers to the family in memory of Joseph D. Lyvers, please visit our flower store.