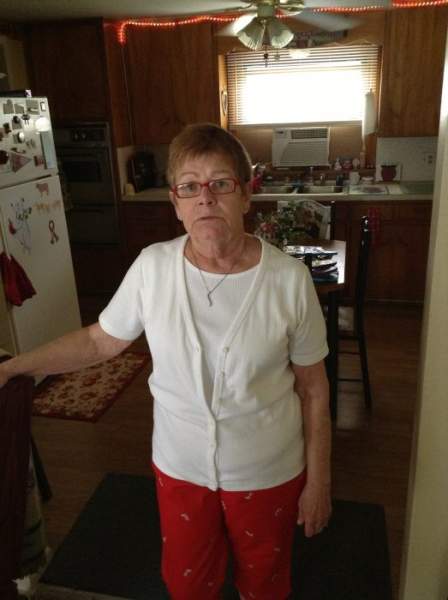 Throughout her entire life, there was nothing that was of greater significance to Judy Reznikov than her family. She was the sort of person who never met a stranger, and she was willing to help others in ways both great and small. Judy treasured being a mother, but she just may have argued that nothing was better than becoming a grandmother. She made the most of each day she was given while experiencing so many amazing things alongside the ones she loved. Life will never be the same without Judy here, but she leaves behind a priceless collection of memories that her loved ones will forever hold near and dear to their hearts.

During the first half of the 1940s, the eyes of our nation were focused overseas as WWII raged on. While countless young servicemen and women were serving overseas, rationing on common goods became commonplace back home. It was just prior to the war's end that Loren A. & Maybelle E. (Ebersole) Dickerhoof were able to shift their attention to an exciting time in their own lives as they were awaiting the birth of their new baby as the beauty of spring began to unfold in Butler, Indiana. Their wait was over on April 16, 1945, when the baby girl they named Judy Arlene drew her first breath. Raised in Van Wert and Paulding Counties in Ohio, Judy's father worked for the Ford plant while her mother was a cook and a homemaker. She was one of five children in her family as her siblings included Max, Mary Jean, Sherry, and Larry. Judy attended local schools through the 12th grade. She was an excellent saxophone player who was so talented that she made it to a state competition. Judy also helped her parents with their Lone Tower business in Cecil. Although she was accepted into nursing school, she was unable to attend because she became a mother during this time.

All along her life's journey Judy's greatest source of pride and joy was found in her family. She loved being a mother and was blessed with three children with her husband Myles whom she married on March 2, 1963 including her son, Cary, and her daughters, Julie and Jodie. On March 16, 1989, she married Louis Karolyi. On November 5, 1992, she was deeply saddened with his death. Judy found love again and married Stephen Reznikov on April 22, 1998, in Las Vegas. Later in life she was thrilled to become a grandmother to eight grandchildren including Jennifer, Jessica, Jarrod, Jorddan, Abby, Cary Parsons, Ryan, and Allison and six great-grandchildren: Caleb, Caden, Chase, Kayleigh, Karlee, and Karson. Judy cherished each and every moment she spent with her family, and some of her best memories were made when her loved ones were near. She was known for telling her grandchildren, "You're pushing my buttons," and she also frequently told them, "I love you," or "Love you little dude." Someone who never met a stranger, Judy was also great friends with Lee from Tennessee.

Over the years Judy lived a full and rewarding life. She was a dog lover, and she most recently treasured the companionship of her dog, Wally, that she affectionately called "Her Big Boy." As a beach lover, Judy's favorite place to go was Clearwater Beach, Florida. As her family and friends can attest, she was a fantastic cook, and she also enjoyed cake decorating and was always a spitfire. Judy loved the Chicago Bears and enjoyed watching NASCAR with her family. A woman of many gifts and talents, she sewed quilts and mended clothes for her growing grandchildren.

Everyone who knew Judy Reznikov would agree that there was no one like her. She was amazing, the sort of person who focused her life on helping others in everything she did. Judy was deeply devoted to her family, and her love for her family and friends was easy to see. Deeply loved, she will be forever missed.

She was a loving wife, mother, grandmother & friend.

To order memorial trees or send flowers to the family in memory of Judy Karolyi Reznikov, please visit our flower store.