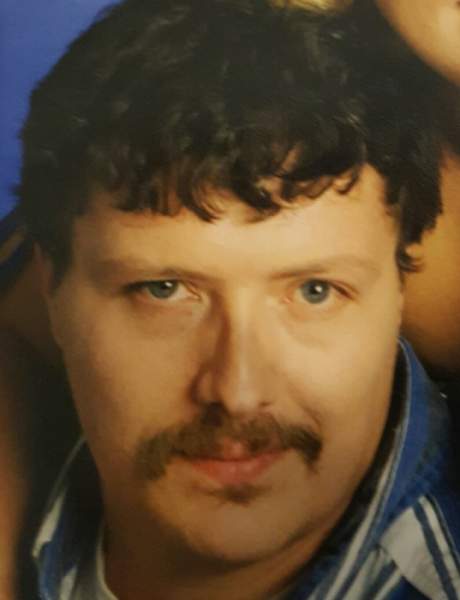 Loveable, helpful, and caring are words that describe the true character of Mark Reuille. Though he had his stubborn side, his compassion for others and his hard-working attitude proved that his set ways were only due to his devotion to his family and friends. Mark was a loving husband, a caring father, and a cherished grandfather and friend to many. It is hard to say goodbye to such a good soul.

The decade of the 1960's was an amazing time period for its technological advances as well as its plethora of popular entertainment that would outlast the century. The unpopular Vietnam War caused much turmoil amongst the citizens of the country, and simultaneously, there were monumental achievements in the Civil Rights Movement. Marilyn Monroe was a popular American icon, and great strides were made in space when the first American orbited the Earth.

Specifically, in the year of 1962, 90% of American family households owned at least one television set. The First Lady, Jacqueline Kennedy, invited over 56 million viewers into the White House when she hosted a broadcast that toured the presidential living quarters. Also on television, Johnny Carson became the host of "The Night Show," and families gathered in the living rooms anticipating their weekly opportunity to watch "Beverly Hillbillies" and "The Dick Van Dyke" shows. Stereos also experienced a thrill when listeners turned up the volume to listen to The Beatles' and their first single release, "Love Me Do." The Supreme Court ruled that prayer in public schools was unconstitutional, and shopping became more adventurous as Kmart and Walmart both opened their first stores.

The year was definitely an exciting one for the country, but closer to home in Fort Wayne, Indiana, life was about to get even more exciting because Daniel Dewald and Linda Fay (Kelly) Reuille were expecting their first precious baby. In the midst of a fall day, on October 14, 1962, they celebrated the birth of their sweet son, Mark. He began his life in Monroeville and Fort Wayne in Allen County and then later moved to Payne and Paulding, Ohio which is across the state line in Paulding County.

Mark's parents worked diligently to provide for their only son. His father was a truck driver, and his mother worked at the Sunny Schick Camera Shop in Fort Wayne. The family went on a particularly memorable trip to Canada where Mark decided he wanted to sleep in the Starcraft boat one evening. He luckily awoke in the middle of the night sensing something did not seem quite right, as his body was dripping wet. It was then that he noticed the plug in the boat had been removed and it was sinking! He saved himself not only from a rude awakening but also the boat from going under!

Mark enjoyed creating his own beat early on making memories playing in the typical rhythm of a young boy. His rhythm failed him once when his mother brought in chocolate cupcakes to school to share with his classmates. Before Mark could grab one for himself, they disappeared, and he never tasted one of them! As he matured, he found that he was very talented on the drums and put this quality to good use by participating in the Wayne Trace School Marching Band. During his high school days spent at Wayne Trace, he was also a member of Future Farmers of America. It was here that he developed many good friendships and learned about the techniques and qualities of those who raise and grow food for the common good. This was interesting to Mark because he was always interested in how systems worked. Many of those days were also spent learning important skills at the Vantage Career Center where Mark focused on welding. He stayed interested in cars his entire life despite the time he was working on a van with his best friend, Tim Wirts, when the engine dropped right down on top of Mark's chest. When Tim asked if he was okay, Mark simply replied, "I will be okay if you get this off my chest!" He survived that incident and proceeded to continue the rest of his day!

Upon graduating from high school in 1981, Mark put his adult life on track and found love. While attending a hog roast hosted by Mark's good friend, Dave Noggle, he spotted the woman who would eventually become his wife. Her name was Penny Whitney, and after they enjoyed the delectable food at Dave's house, the two fell in love! Not long after, they decided to get married. The wedding celebration took place during a lovely summer day on June 27, 1987, at the St. Paul United Methodist Church in Payne. The wedding was a large and joyous occasion, and the reception was equally memorable taking place at the Payne American Legion.

The newlyweds happily settled into life together. Before long, their family began to grow; soon, Mark and Penny were parents to three children: Cori, Lee and Jacob. The family created many memorable times together as they journeyed through young family life together.

As their children became adults and found love, Mark and Penny were able to spend time investing in their own life interests again. For Mark, this meant jamming to his favorite classic rock music, watching the Green Bay Packers, and occasionally listening to a Stephen King novel on tape. The best times, however, were when Mark was sitting in front of a drum set creating unique tempos and beats which he joyfully did on the new drum set Penny bought for him as an anniversary gift in 2016. As time progressed, the couple watched as one by one they were blessed with the joy of grandchildren. Mark loved watching the innocence and playful youth of Conner, Audry, and Zoie.

Life has its way of creating challenges, especially as the body ages, and Mark began to experience some difficulties with diabetes in 2010. He never let this damper his spirits in life though, as he continued to maintain a positive attitude despite how this disease changed his life. Sadly, Mark Daniel "Big Boy" Reuille, 54, of Payne, Ohio passed away Friday, April 7, 2017 at Parkview Regional Medical Center, Fort Wayne. We will hold the memories we shared with Mark close to our hearts, and he will never be forgotten.

Service is Wednesday, 1 pm at St. Paul United Methodist Church, Payne with viewing one hour prior.

Memorials are to Penny Reuille.

To order memorial trees or send flowers to the family in memory of Mark Daniel Reuille, please visit our flower store.