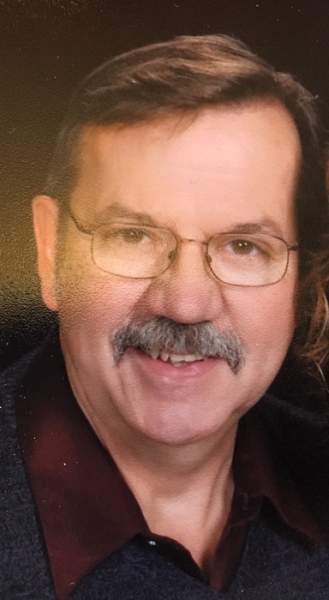 He was also preceded in death by his parents, and sister, Joyce Amweg.

He will be laid to rest at Wiltsie Cemetery with military honors.

Memorials are to Divine Mercy Church or the Leukemia & Lymphoma Society.

Michael Hunter was a good man through and through. A man of integrity and grit, he valued relationships with others and treated everyone he met with compassion. A true lover of sharing the spirit of the Christmas season, he planned all year long for his wonderful display of sparkling lights and holiday cheer that would encourage passersby to slow down to take it all in. Generous beyond measure, he was known for ensuring his children never went without growing up and he treasured treating his grandchildren to special memories of movie nights, trips to eat out, and sleepovers. Although he will be deeply missed, his warm, easy-going personality and contagious smile and laughter will be lovingly remembered.

The 1950s were known as the decade of the baby boomer. It was an exciting time, made famous by the rock music icon, Elvis Presley and movie heartthrob, James Dean. Families still huddled around the television to catch the latest westerns such as Gunsmoke or anything featuring Lucille Ball. On May 18, 1953, Helen Louise (Bell) and William Earl Hunter welcomed home their son, Michael, in Paulding, Ohio. His birth brought great joy to their hearts and to the family home.

Mike lived a typical childhood of the times playing baseball and riding bikes in the neighborhood. He and his siblings enjoyed playing outdoors and he favored playing a Cowboy whenever they played Cowboys and Indians. With a large family, there was never a dull moment! As a teenager, he loved to spend countless hours working on cars with his grandad and playing guitar with his dad. He was well liked by his classmates and made friends easily. Graduating with the Class of 1971 from Payne High School, he enlisted in the United States Marine Corps directly after graduation. Stationed at Camp Pendleton, California he made many lasting friendships with his comrades. He proudly served as an Amtrack commander and was meritoriously promoted to Corporal during his tenure. Mike was no stranger to hard work and truly believed in leading by example. He fondly spoke of his years in the service and the guidance and knowledge he gained from his time as a soldier.

Shortly after returning home from the Marines he was cruising around Payne and met the love of his life, Deborah Kay Smith! It was love at first sight for the two of them. They spent many summer weekends together with friends at Coldwater Lake in Michigan. Eager to spend the rest of their lives together, they joined in marriage on November 30, 1974, at St. John the Baptist Catholic Church in Payne with Father Gerald Stein presiding. As a father, he taught his daughters to be accountable and always supported them. He spent many years coaching their Little League teams, attending sporting events, music concerts, as well as dance recitals. He never missed a celebration or ceremony that included his children or grandchildren. In fact, there wasn’t anything he wouldn’t do for each of them over the years.

He wanted nothing more than happiness for his family which meant he was always a steadfast provider. Mike worked at Phelps Dodge and when he was laid off, he bartended and did landscaping. He spent twenty years with Sims Cabs Mnfg. in Payne, Ohio. Most recently he was employed with Pepsi America in Fort Wayne for eighteen years. A natural listener as well as a jokester, Mike made many lasting friendships during his working years. Everyone loved his warm sense of humor as well as his infectious laugh!

He was over the moon when he was blessed with grandchildren. They were most certainly the light of his life. He modeled for them his strong personal relationship with the Lord. When he became too sick to put up the annual Christmas decorations, he was sure to aid his children and grandchildren around the yard on his tractor giving directions for the best placement of each yard ornament! Blessed with many catchy phrases and stories to share, his family and friends were equally blessed by his presence. Some of his favorite phrases included “Let’s keep it short and sweet”, “Take a chill pill and calm down”, and “Hunters are not quitters”.

Mike was a lover of many aspects of life and never took anything for granted. He knew he had lived an abundant life, but it was not without its trials or hardships. Mike, however, always looked on the bright side of life and enjoyed the simple things life had to offer. He was an Elvis fan and proud of it. Pretty much any music from the 50s and 60s were his favorites. He loved his Ohio State Buckeyes and collected both Pepsi and Ford memorabilia over the years. When it came time for relaxation, he preferred the TV show Family Feud and Friday movie nights with his wife and grandkids. Described as honest, loyal, determined, and loving, Mike will be deeply missed and fondly remembered by his special loved ones. May they always embrace this season with warm memories of his faithful love of God and celebrate both the magic and wonder of Christmas just as Mike would have wanted.

To order memorial trees or send flowers to the family in memory of Michael Wayne Hunter, please visit our flower store.