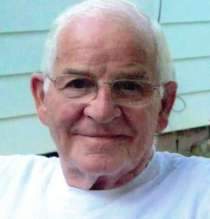 Norm was born in Briceton on May 7, 1930, a son of the late Leona (Zartman) and Fred  Schoenauer.

He proudly served his country in the U.S. Army, he owned Norm's Shell Station and Norm's Small Engine Repair and worked at BF Goodrich for many years. He was a devoted member of Saint Paul United Methodist Church & the Payne American Legion.   Norm loved to fish & was a sports fan, especially Ohio State, but nothing compared to the love he had for his family.

He was preceded in death by his mother & father-in-law, Helen Dunderman & Gerald Putman and brother-in-law, Bob Putman.

His funeral service is at Saint Paul United Methodist Church, Payne at 11 am on Thursday, January 15th  with viewing one hour prior.

He will be laid to rest at Lehman Cemetery, with military honors.

Memorials are to St Paul UMC for the roof or Community Health Professionals.

To order memorial trees or send flowers to the family in memory of Norman Ray Schoenauer, Sr., please visit our flower store.