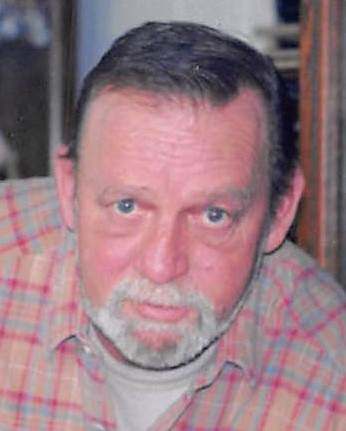 He proudly served his country in the U.S. Army during the Vietnam War.

He was a construction supervisor for QC Communications, Wabash, IN but he was most comfortable  hunting, fishing, mowing and spending time with his family.

He was also preceded in death by his siblings, Norma Jividen & James Hounshell.

He will be laid to rest at Bethel Cemetery, with military honors.

With a journey that spanned times of great change in the world around him, Norvil Junior Hounshell lived a life of purpose while holding his loved ones near. He was a man of great honor and strength who worked hard, but he also took the time to enjoy life along the way. Junior took his roles as a husband and father to heart, but it was no secret that becoming a grandfather was his greatest gift. An outdoorsman through and through, he was most comfortable outside, especially when he was sharing these times with the ones he loved. Life will never be the same without Junior here, but he leaves behind a priceless collection of memories that his loved ones will proudly carry on in his footsteps.

During the first half of the 1940s, the eyes of our nation were focused overseas while WWII raged on. There was dancing in the streets with the end of the war in 1945, and in the days that followed America was shifting back to being a nation at peace once again. It was during this transitional time that Norvil Jack and Lois (Shook) Hounshell were filled with anticipation as they were eagerly awaiting the birth of their new baby as winter held the city of Burdine, Kentucky, firmly in its grip in February of 1946. The big day finally arrived on February 18th when the baby boy they named Norvil Junior drew his first breath. He was one of six children as he was raised in the family home alongside his siblings, Norma, James, Velva, Martha, and Sherry.

In many ways, Junior was a young boy of his generation. His father worked as a coal miner while his mother was a cook. While growing up Junior loved bugs, frogs, and toy cars, and it was also while growing up that he developed the love for the outdoors that would remain with him for his entire life. When he played with his cars, Junior would catch June bugs and put the cars on the bugs. It was quite the sight since the June bugs would actually walk along with the cars on top of them! As a teen he played basketball and ran track, and when he was 12 he moved to Wilkesville, Ohio.

After graduating from Wilkesville High School in 1965, Junior was eager for all that life had in store. He was drafted to the Army on November 22, 1965, when he was just 19. Much of Junior’s time was spent serving in Vietnam. He was a double Purple Heart recipient and was honorably discharged on November 21, 1967.

It was about ten years later that Junior met the young woman of his dreams. Her name was Christine Young, and they met in Columbus. They began dating, and it didn’t take them long to fall deeply in love. With a desire to spend the rest of their lives together Junior and Christine were married on December 8, 1978, in Columbus. Together they welcomed two children, Amanda and William, into their hearts and home. To support his family, Junior worked as a construction supervisor for QC Communications in Wabash, Indiana. Family was always first and foremost in Junior’s life, and over the years his family and his wife’s family were incredibly close. At times they had dogs and cats, and they were like additional members of the family. Kelly CooCoo, his cat; Hans, his loyal protector; and Chloe, who was still part of their family, until 4/7, were his treasured companions. Later in life, Junior was filled with unspeakable joy to become a grandfather, and it was easy to see that Morgan, Brooke, Madison, and Waylon were the light of his life.

One of the things Junior will be remembered for was his love for the outdoors. He could often be found out hunting and fishing, sometimes in Lake Erie, and he also enjoyed mowing. Of course, hunting could be a bit of an adventure at times including the time Junior thought he had shot an albino deer. In reality, it ended up being a falter, which is a white deer with brown eyes. That deer is still mounted in their home today.

All who knew Norvil Junior Hounshell would agree that he was one of the most kind and gentle people around. He was genuine in his love and concern for others, and he was the sort of person who was there for anyone who needed him no matter the personal sacrifice. Junior has been called a true fighter who gave everything he had to give, his devotion to those around him truly unmatched. A loving father, husband, and grandfather, he will be forever missed.

To order memorial trees or send flowers to the family in memory of Norvil "Junior" Hounshell, please visit our flower store.