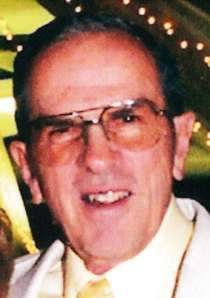 Paul was born on October 23, 1934 in rural Antwerp to the late Mabel (Wallace) and Jerry Culler and was preceded in death by his older siblings: Norman Culler, Eileen Kasner, Evelyn Lake and Helen Walters.

On February 11, 1953 Paul married the love of his life and high school sweetheart,  Mary Schilb and the family they shared was his greatest joy.  He was a carpenter and farmer and his hobbies included hunting, fishing and playing cards and checkers.

His Funeral service will be at the Antwerp United Methodist Church on Friday January 2, 2015 at 10:00 am, with viewing one hour prior.

Memorials are to the Michael J. Fox Foundation for Parkinson's Research at www.michaeljfox.org

Condolences and fond memories may be shared at www.dooleyfuneralhome.com
To order memorial trees or send flowers to the family in memory of Paul E Culler, please visit our flower store.