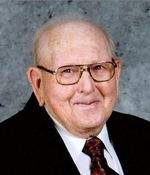 He proudly served his country in the US Army reaching the rank of Sergeant & earning the Bronze Star during World War II in the South Pacific. Paul was a lifetime farmer in Cecil who was still active and enjoyed his flower and vegetable garden. He was a member of Divine Mercy Catholic Parish; Sherwood VFW Post & the First Families of Paulding County.

A Mass of Christian Burial will be celebrated at Divine Mercy Catholic Parish , Antwerp, Monday, 10 am with Very Rev G. Allan Fillman officiating.

He will be laid to rest at Immaculate Conception Cemetery, Cecil.

To order memorial trees or send flowers to the family in memory of Paul Smith, please visit our flower store.