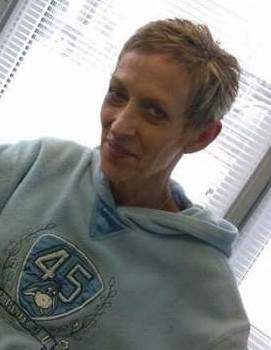 Becky was born at the University of Michigan in Ann Arbor, Michigan on September 13, 1957, to Robert and Lorine (Wells) Jacobson.

On September 13, 2005 she married Gregory R. Billman. Becky was employed at the Dekalb Animal Shelter.

In addition to being survived by her Husband Gregory, she is also survived by a son Christopher (Casey) Hathaway and a daughter Amber (Jacob) (Hathaway) Baird.

A Memorial Service to celebrate the Life of Becky will be held on Saturday, 30 July, at 1:00PM at the Dooley Funeral Home, Antwerp. Ohio followed by internment in the Hicksville Union Cemetery.

Suggested memorials are to the Dekalb Animal Shelter.

To order memorial trees or send flowers to the family in memory of Rebecca S Billman, please visit our flower store.