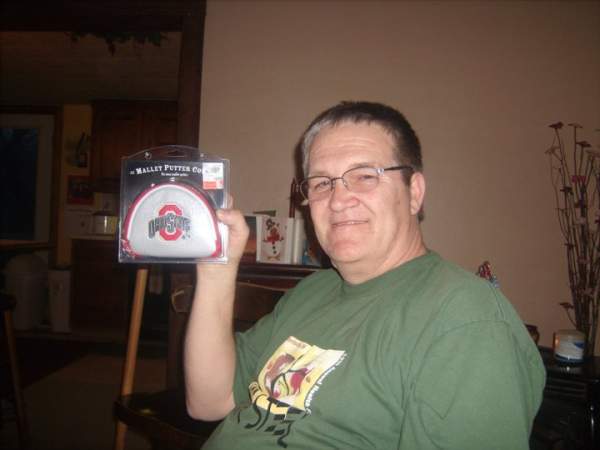 All who knew Richard Shull would agree that he was an extraordinary man to know and love. He was humble, honest, and well respected in his community with a certain sparkle in his eye that was easy to see. A true hero in the eyes of his family, Dick’s devotion to his loved ones was unmatched, and there was nothing he treasured more than becoming a grandfather later in life. A friend to everyone he met, he was the sort of person who would do whatever he could to help others in ways both great and small. Life will never be the same without Dick here, but he leaves behind a priceless collection of memories that his loved ones will forever hold near and dear to their hearts.

It was during the vibrant 1950s that Dick’s journey began. This was the decade when Rosa Parks refused to give up her seat on an Alabama bus, bringing civil rights to the forefront. James Dean and Marilyn Monroe entertained us on the silver screen, and with the emergence of Elvis Presley (who he loved) onto the music scene, the music industry was forever transformed. It was on May 1, 1951, that Richard Lee was welcomed into the world in Fort Wayne, Indiana, by his parents, Donald and Genevieve (Happel) Shull. He had four brothers, Jerry, Mark, Jim, and Greg, and he was very close to his family throughout his entire life. Dick’s parents divorced when he was young, and when his father remarried Beverly, Sandy and Cathy became his step-sisters. To support the Shull family, his father worked at Zollner Piston’s.

Even when he was young, Dick was a bustle of activity. When he was in junior high, their family moved to Antwerp, Ohio. Fort Wayne Komet Hockey games were a regular part of family life with his parents and siblings, and they also enjoyed family trips to Goose Lake, Indiana. They had a standing outing to go bowling every Saturday after Dick finished his chores. Dick always seemed to be left behind because his weren’t done. Although in the end, Dick was the one who came out on top since he called his friend Max over for help, or perhaps for Max to finish the chores. Dick eventually made his way to enjoy Saturday morning bowling league. He attended local schools, graduating from high school as a young man.

Not to be forgotten during Dick’s years in high school was his introduction to the woman who would change the course of his life forever. Her name was Cindi Peffley, and they fell in love and were married. Together they welcomed three daughters, Tera, Courtney, and Cassidy, into their hearts and home. With a lifelong love for drag racing, Dick loved sharing this with his brothers and daughters. His girls even went to drag races when they were younger, and this is where some of their best memories as a family were made. Although Dick and Cindi later divorced, they remained best friends.

Throughout his life Dick’s family was always first and foremost. He worked hard to provide a nice life for his family, spending 32 years at Nucor Steel before retiring in 2015. Dick and his girls took many hockey road trips and went camping including the time they camped in North Carolina with Litzenberg and Feasby families near a riverbank where many adventures and memories were made. In fact Cassidy was nearly swept away by the current of that river. They also made plenty of trips to the Lake in Michigan. Later in life, Dick was thrilled to become a grandfather to Brady, Alivya, and Brooklynn. In 2013, he took a special trip to the beach in South Carolina with Cindi, her husband, Ron, and their daughters and grandchildren. There was no one who was more devoted to his family than Dick, and he was completely selfless when it came to his loved ones. Dick was a sports fan who was a passionate fan of Komet Hockey, the Chicago Bears, New York Yankees, and Ohio State Buckeyes, but he was also just as content to watch his grandchildren play.

Gentle, easygoing, and selfless, Richard Shull was a blessing to everyone he met. He had a contagious zest for life, and he was one of the funniest people around, though his humor was often subtle and unexpected. Dick was never one to let life get the best of him, rather, he took everything in stride. A family man through and through, he will never be forgotten.

He will be laid to rest at Maumee Cemetery, Antwerp.

Memorials are to Riverside Christian Church of Antwerp.

To order memorial trees or send flowers to the family in memory of Richard Lee Shull, please visit our flower store.