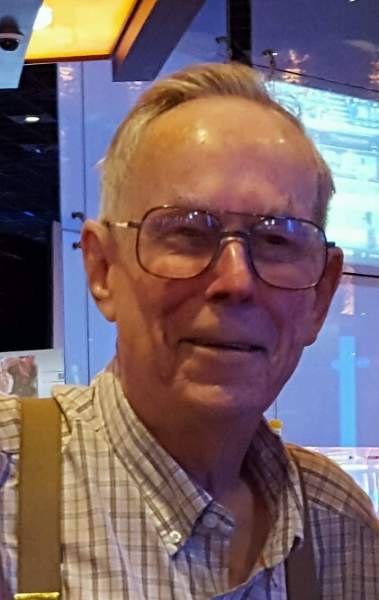 Dick was born December 8, 1925, in Fostoria, OH, the son of Martin and Mabel (Smith) Wilson.  He graduated from St. Wendelin High School in 1943.  He was a veteran of World War II and proudly served in the Navy as a radio operator.   He was awarded the World War II Victory Medal, American Campaign Medal and the Asiatic Pacific Campaign Medal.    DIck married the love of his life, Monica L. Reinhart on January 26, 1952.  They enjoyed 54 years together until her death in 2006.   After he retired from Dinner Bell Meats, he and Monica owned and operated the former Polar Cone restaurant for 18 1/2 years.  Following 'retirement' he delivered cars for 25 years, most recently with Stykemain Chevrolet.  He was a member of Divine Mercy Catholic Parish.

Dick was an avid golfer for most of his life.  He was streaming the Ryder Cup in the ICU and smiling at the nurses until a few days before his death.  He always enjoyed a good joke and his kids will dearly miss their Dad's daily emails.

He is preceded in death by Monica;  three sisters, Betty Mahoney, Mary Murphy, June Colston and one brother, Bill Wilson.

Dick generously donated his body to The University of Toledo Medical Center, College of Medicine.

The family suggests memorials to Divine Mercy Church or VFW Post 587 both in Paulding Ohio in lieu of flowers.

The family would like to offer its sincere gratitude to the ProMedica Flower Hospital Emergency Room, ICU and Ebeid Hospice physicians, nurses and staff for the wonderful care they gave to Dick.

To order memorial trees or send flowers to the family in memory of Richard A. Wilson, please visit our flower store.