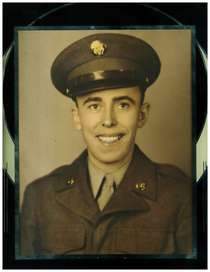 Bob was born in Cecil, on June 28, 1924, a son of the late Hattie Comadol and George  Gottschalk.

Besides being an accomplished mechanic & carpenter, he owned several motorcycles and airplanes over the years.  His pride & joy was a very rare high performance Meyers 145, which he flew all over the country. In later years Bob enjoyed going to auctions with his many friends.

Also preceding him in death were his siblings, Caroline Rose & William.

Bob was laid to rest at Maumee Cemetery in Antwerp after a private family gathering at Dooley Funeral Home.

To order memorial trees or send flowers to the family in memory of Robert J Gottschalk, please visit our flower store.