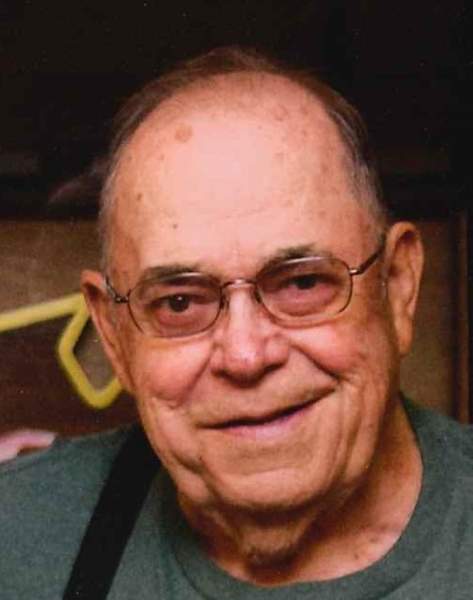 Bob was born in Payne on September 24, 1925 the son of the late Dale Johnson & Wanda (Malcuit) Preston.

Bob was the previous owner of Pin-A-Rama Lanes, the Pure Oil Station and Oasis Bar & Grill. He served his country proudly in the U.S. Army during World War II. He continued his service, working tirelessly at VFW Post 5087 to ensure that every local veteran was given military honors. Bob also never tired of the Green Bay Packers & New York Yankees.

He will be sadly missed by his children, Michael (Lidia) & Robert (Christine) Johnson & Jennifer (Joseph) Stanford; grandsons, Justin, Andrew, Jack & Alex; his late wife's family and the community that he served.

Bob was also preceded in death by his wife, Peg (Hunt) and daughter, Lynne.

To order memorial trees or send flowers to the family in memory of Robert D. Johnson, please visit our flower store.