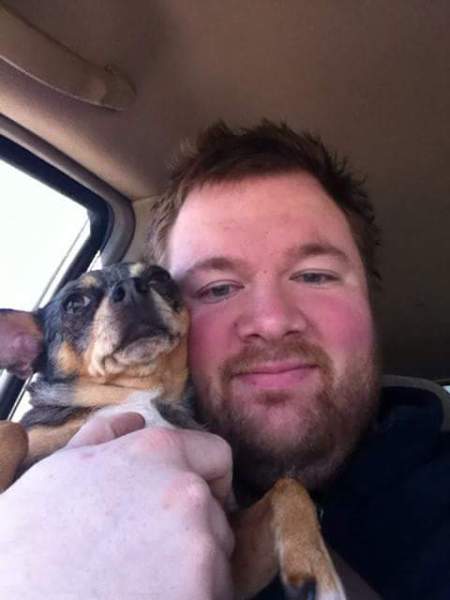 Scott Bunnell was a very special son, brother, uncle, and friend to so many. He had an adventurous spirit and a kind, caring heart. Family and friends savored their time with him as he was known to be the life of the party! He was an honest and loyal friend to everyone who was lucky enough to know him. He was a gentle and loving person who would go out of his way for any family member or friend in need. Taken too soon, Scott leaves behind many wonderful memories for his family and friends to cherish lovingly in their hearts forever.

Reflecting on the year 1988, it was a time that brought the Iran-Contra Affair. The scandal involved the illegal sales of arms to Iran in exchange for U.S. hostages being held in Lebanon by Iranian terrorists. Transformers and the Sega Genesis were widely sold across the nation. The music of George Michael and U2 continued to gain in popularity. With the computer age gaining momentum, Denise (Bunnell) and Christopher Wieczorek welcomed the arrival of their newborn son, Scott on June 30th in Bryan, Ohio. His birth brought much joy into their lives. Later, his mother married Chuck Starry who remained in Scott’s life even after their marriage had ended.

Growing up in the Buckeye state his whole life, Scott was a good kid and lived a happy childhood. He loved to hang out with friends and run around the neighborhood. At times, his friends enjoyed playing pranks on him and once when he was only in the first grade a friend tossed him out a second story window which resulted in Scott breaking his femur! Despite his injury, Scott grew to be nearly 7 feet tall! Shortly after first grade, the family moved to Antwerp where Scott joined the annual tradition of running naked around the house on New Year’s Eve! It never mattered to him if he was caught in the buff even if it was in front of his neighbor, Liz Hetrick! As a young adolescent, he played basketball from his junior high years through his senior year of high school. He also learned to golf and enjoyed countless hours of WWE wrestling. He loved to scare his sister with his wrestling moves. When he wanted some time away or relaxation, he took to the Maumee River where he cherished his time fishing. But even there, there was usually some sense of adventure awaiting, as once, he was literally pulled down the river by a huge catfish!

Graduating with the Class of 2007, Scott was eager to enlist in the Marines. He had heard stories of his grandfather, Virgil Purcell, who was killed during WWII on the Indianapolis and wanted to serve his country in honor of him. After he was discharged, he returned home to work at his stepfather’s tire company, Chuck’s Tires in Antwerp. Scott enjoyed building relationships with his great aunt, Annette as well as his grandparents during this time. He loved to fool his grandfather, Tony with his hybrid car and see if he could figure out whether it was running or not. He also bonded with his aunt Annette and grandmother, Jeanne one time when he ordered a double fajita and out came two full plates of fajitas! He loved to make people laugh and he especially treasured spending time with his close friends and family. When his aunt Anna passed away, he felt a significant loss without her.

Known to be a hard worker, Scott later went to work for Sabre FWT in Hicksville, Ohio. When he wasn’t busy working, he enjoyed Magic the Gathering tournaments and cheering on the Indianapolis Colts and the University of Michigan college basketball team! Scott also had a love for dogs and was especially close with his companions; Buster, Bella, and Patches. Above all, he cherished his role as Uncle Scott. He adored hanging out with his family and making everyone laugh! The family looked forward to his visits as there was never a dull moment when he was around! So much could be said about a person like Scott who had a sincere compassion for everyone. Described as generous beyond measure, Scott left behind a remarkable impression on all who knew and loved him. He will be deeply missed.

Scott James Bunnell, 28, of Antwerp passed away Saturday, June 17, 2017. Scott will be sadly missed by his mother, Denise Starry of Concord, NC, father, Christopher (Dawn) Wieczorek of Bryan; stepfather, Chuck Starry of Antwerp; siblings Stephanie Bunnell of Concord, NC & Christopher Wieczorek II of DeKalb, IL; grandparents, Jeanne & Tony Wieczorek of Bryan and niece & nephew, Madison & Konner Altic. Service is Friday, 10 am with viewing one hour prior at Dooley Funeral Home, Antwerp. Viewing is also Thursday, 2-4 & 6-8 pm at Dooley Funeral Home. He will be laid to rest at Maumee Cemetery with military honors. Memorials are to the family. Fond memories may be shared at www.dooleyfuneralhome.com

To order memorial trees or send flowers to the family in memory of Scott J. Bunnell, please visit our flower store.