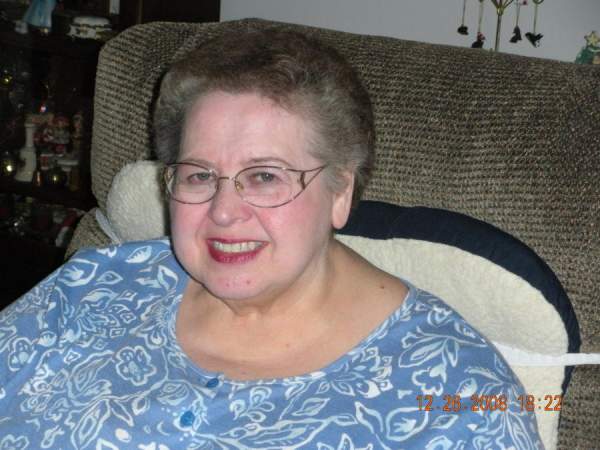 Order of the Eastern Star Ceremony

With an insatiable curiosity and commitment to learning Shirley Ann Iva Gordon lived a life centered in serving others. Shirley lived her entire life in the tiny town of Edgerton, Indiana with its 35 houses,100 residents, and two curves. As she often described, she lived “40 plum,” meaning 40 miles from the city and plum out in the sticks. One of the longest continuous living residents in Edgerton, Shirley gave freely of herself to the community she loved while embracing every moment she was gifted. Revered by many, Shirley will long be held in the hearts and memories of those who were blessed to know her.

Though expected to be a Christmas baby; Shirley arrived during a terrible snow storm on January 21, 1947. While her parents, Thelma (Griswold) and Edwin Gordon, safely arrived at the Paulding County Hospital, Doctor Evans got lost on his way to the hospital. Shortly after Shirley was born, she was laid on a table where she raised her head and looked all around with the natural curiosity that proved to inspire her entire life. Thelma wanted to name her daughter Judy; however, Eddie insisted that she be named Shirley. She was additionally given the name Ann after her great-grandmother and Iva after her grandmother.

Growing up in Edgerton, Shirley enjoyed the good company of her three siblings Jim, Bill, and Sandy. As the oldest, Jim did a lot of running for her when she was young. He was quick to get bottles, diapers and anything else she needed. This special doting persisted throughout her entire life as Jim made sure Shirley always had whatever she needed. While Jim did the running, Bill was her wrestling buddy. She and Bill loved to watch wrestling with their grandfather Sam Griswold. When not watching matches, she and Bill could often be found practicing the signature wrestling holds that Gorgeous George and Don Eagle used. The only trouble was when Shirley ended up with broken ribs, and her two front teeth knocked out just before she was to be a flower girl at Uncle Kenny's wedding. When she wasn’t working on her wrestling moves, Shirley enjoyed watching Roy Rogers on TV. Many a day was spent playing cowboys and cowgirls with her Roy Rogers cap guns. Shirley’s sister Sandy was her best friend from the start, and they enjoyed each other’s good company for many, many years. Even their epic paper doll battle that resulted in the girls ripping each other’s dolls to shreds couldn’t keep them apart.

With a natural love for animals, Shirley had many pets over the years including a chicken, sheep and a baby pig. She had two cats Terry and Troy, named after the TV star Troy Donahue and several dogs, including Buttons, Specks, Tuffy, Sam, Ginger, and Sierra. One time when Shirley expressed her desire for a dog her dad told her she could have a pig. Despite her dad’s orders, Shirley went to a friend's house and picked out the runt, a Black Lab that sounded just like a pig. With his pig-like sound, her dad allowed her to keep him. Shirley named the little puppy who just fit in her two hands, Sam. In time, Sam grew to over five feet long and weighed 150 pounds.

A woman of deep faith, church was a very important part of Shirley’s life. At the age of nine, she joined St. Paul United Methodist Church in Payne, Ohio. In her youth, she attended Sunday School and Bible School. Her church fellowship was very much a part of her family and celebrating the beliefs she did her best to embody.

Shirley was gifted with a high soprano voice. As her mother loved music, she taught all of the children to sing at a very young age. Soon, “The Gordon Family” was performing for many a local celebration where Shirley was known for always hitting the highest note. During her high school years, Shirley studied voice at Indiana University at Fort Wayne. Not only was Shirley a gifted vocalist, she was also an accomplished musician. While she played all of the percussion instruments in band, her favorite instrument was drums. She had her own set of traps, and her specialty was the tympani.

For the first eight years of Shirley’s schooling, she attended Jackson Elementary School with six classmates. Imagine how different it was for her upon entering her freshman year at Woodlan with 125 in her class!

After graduating from high school, Shirley attended Indiana University at Fort Wayne. A disciplined student, Shirley graduated with a Bachelor of Science Degree in Elementary Education. She furthered her education in the following years and earned a Master of Science Degree in Elementary Education with an endorsement in reading. A lifelong learner, Shirley continued her education beyond her Master's Degree always looking for ways to learn and grow.

With her degrees in hand, Shirley taught for several local schools. She began her career at Ohio City, in Ohio, then moved to St John's Catholic School in Payne, Ohio. She ended her 39-year teaching career at Antwerp Local School. Not only did Shirley live a life committed to being of service to young people, she also served as the president of the Antwerp Teacher's Association for several years. For many years, Shirley also took on the stress and responsibility of serving as the local’s head negotiator ensuring the work conditions for many of her peers and the well being of many local families.

Shirley’s call to service is evident in her lifetime membership with both the Ohio Education Association and the National Education Association. She was also a charter member of the Paulding County Daughters of the American Revolution, General Horatio N. Curtis Chapter and a member of Mary Penrose Wayne DAR Chapter for over 40 years. Shirley was a proud member of Captain George Athey Chapter Colonial Dames of the Seventeenth Century, John Paulding Historical Society, Paulding County Genealogical Society, Daughters of the Nile. Shirley was a member of the Order of the Eastern Star for over 50 years, formerly New Haven #593 and later a dual member of Waynedale Chapter #600 and Trinity Chapter # 576. While in Eastern Star she served as Worthy Matron four times, all five Star Points several times and was a soloist for many years. Shirley was appointed Grand Representative to the state of Vermont from Indiana and later served as president of the Grand Representative Association of Indiana.

When not giving her time and talents to the community she loved, Shirley loved traveling. With her favorite travel companion, her sister Sandy, Shirley had the pleasure of traveling to all 50 states, Mexico, nine Canadian Provinces, England, and Scotland. When in Scotland she visited the town of Gordon and many homes and castles belonging to the Gordon Clan. She even attended the Gordon Highland Games.

During her downtime, Shirley enjoyed reading, drawing, music, puzzling, and collecting camels. Her prized camel collection grew to over 200. One of Shirley’s biggest delights was balloons. Nothing made her smile quite like balloons, and Jim bought her a lot of them. Many, many years ago Shirley made it clear that she wanted balloons at her funeral.

It’s hard to imagine the world without Shirley’s steadfast presence. May the fond memories we hold in our hearts afford deep comfort. May we also find comfort in knowing that we each carry the best of Shirley’s legacy in our own lives. Each time we give of our talents and time, read a good book, enjoy a great trip, sing from our soul, or delight in the joy of balloons, we keep Shirley’s bright spirit shining and inspiring others as she inspired us.

She will be sadly missed by her siblings, James of New Haven, William (Peggy) of Coldwater, MI & Sandra of Edgerton, IN.

She will be laid to rest at Wiltsie Cemetery.

Memorials are to St. Paul UMC or Heartland Hospice.

Shirley was born in Paulding, OH on January 21, 1947, a daughter of the late Edwin & Thelma (Griswold) Gordon.

She will be sadly missed by her siblings, James of New Haven, William (Peggy) of Coldwater, MI & Sandra of Edgerton, IN.

Funeral Service is Friday, 11 am, with viewing one hour prior, St. Paul United Methodist Church, Payne

She will be laid to rest at Wiltsie Cemetery.

Memorials are to St. Paul UMC or Heartland Hospice.

To order memorial trees or send flowers to the family in memory of Shirley A Gordon, please visit our flower store.

Order of the Eastern Star Ceremony