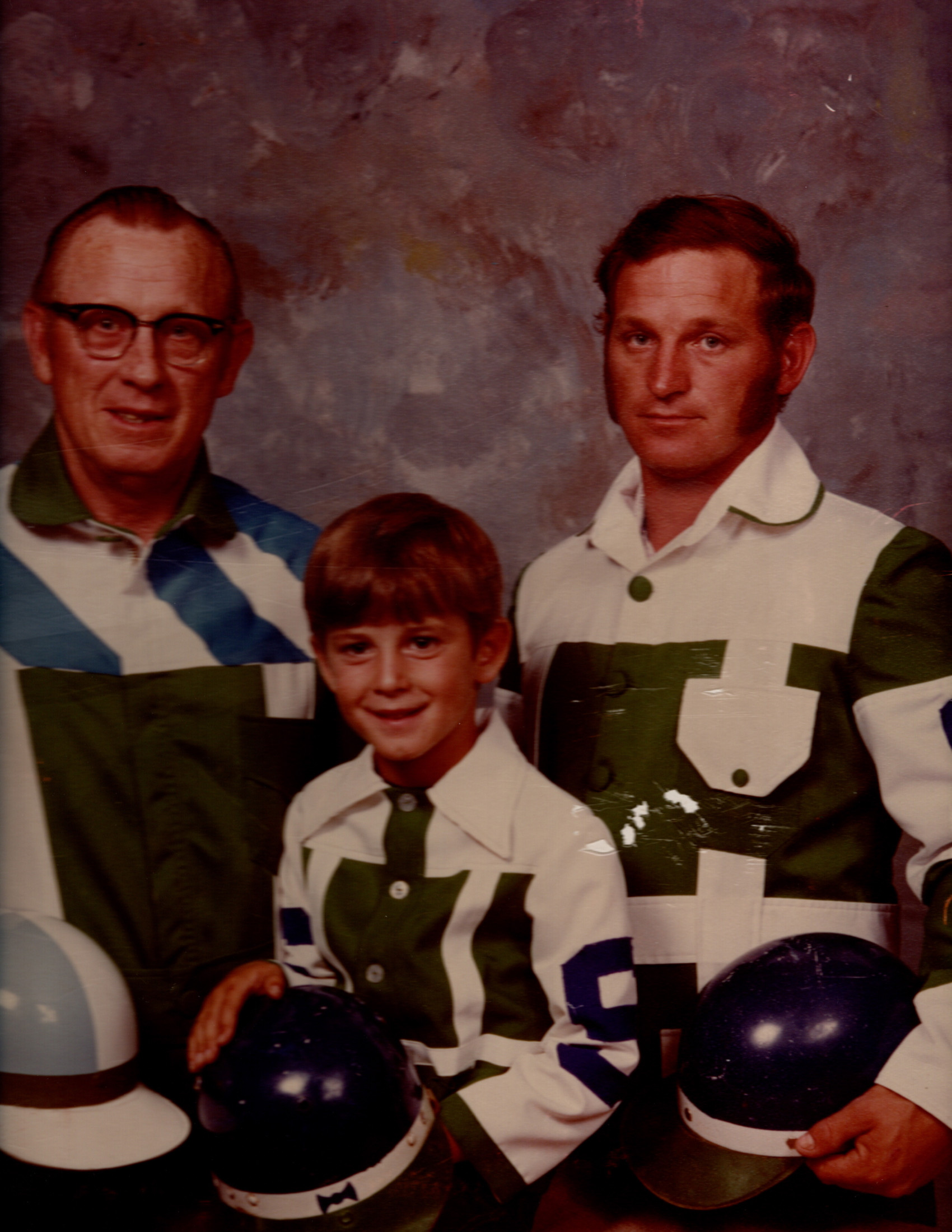 He proudly served his country in the U.S. Army during the Vietman War, where he received the Purple Heart Award. He started working at Ohio Power at age 20 but never lost his love for fishing and horse racing.

He was also preceded in death by his siblings, Susie Welch and Kathy & Kenny and granddaughter, Hope.

All who knew Theodore "Ted" Stallbaum, Sr. would agree that he was one of the most giving people around. He was kind, compassionate, and loving with a zest for life that was contagious to all who were near. Ted was deeply devoted to his family, and there was nothing that was a greater source of pride and joy than his children and grandchildren. A longtime resident of the community he called home, he was the sort of person everyone seemed to know. Life will never be the same without Ted here, but he leaves behind a priceless collection of memories that his loved ones will forever hold near and dear to their hearts.

During the first half of the 1940s the eyes of our nation were focused overseas as countless young American men and women had answered the call to serve during WWII. With the end of the war in 1945, there was great celebration as we made the shift to being a nation at peace once again. It was during this transitional time that Ray and Thais Ruth (Bryan) Stallbaum were filled with great anticipation as they were eagerly awaiting the birth of their new baby as the heat of the summer was in full swing in 1947. Their wait was over when the baby boy they named Theodore Ray drew his first breath on August 9th in Decatur, Indiana. He was one of five as he was raised in the family home alongside his siblings, Susie, Kathy, Kenny and Sally. Ted’s father worked at Gillen Oil and trained horses while his mother worked at local businesses, then later at Paulding County Hospital.

In many ways Ted, as he was usually known, was a young boy of his generation. He often helped his father with the horses and also enjoyed fishing. Like brothers so often do, Ted was also known to tease his sisters on a regular basis. He attended local schools and went on to graduate from high school. When he was 18, Ted went into the United States Army and proudly served his country during the Vietnam War. In recognition of his service, Ted was awarded with the Purple Heart. He was discharged on August 11, 1968.

With his military duties fulfilled, Ted returned home and resumed civilian life. He got married and was blessed to welcome his two children, Ted and Deb, into his heart. Among their favorite things to do as a family was to visit his Aunt Lucille on Sundays. To support his family, he worked at Ohio Power, which is where he worked since he was 20. Later in life Ted was thrilled to become a grandfather, and nothing made him happier than being surrounded by the love of his family. To his grandchildren he was affectionately known as “Pamps.”

Throughout his life Ted was a man of many interests who preferred being busy. He had a lifelong love for fishing, and among his favorite fishing places were Mongo, Indiana, and Lake George in Seville, Florida, where he lived for 12 years. Ted also took fishing trips to Canada. In addition to fishing, he loved horse racing. As his family and friends can attest, he regularly bought lottery scratch off tickets and was pretty dang lucky!!

With a life that spanned times of war and times of peace, times of plenty and times want, Theodore "Ted" Stallbaum lived a life of purpose while holding his loved ones near. He has been described as an ornery jokester, but he was also someone who was always available to help others no matter the personal sacrifice. A loving and devoted family man, he was the best brother, father, and Pamps anyone could ask for. Deeply loved, Ted will be forever missed.

To order memorial trees or send flowers to the family in memory of Ted Stallbaum, Sr., please visit our flower store.
Send a Sympathy Card