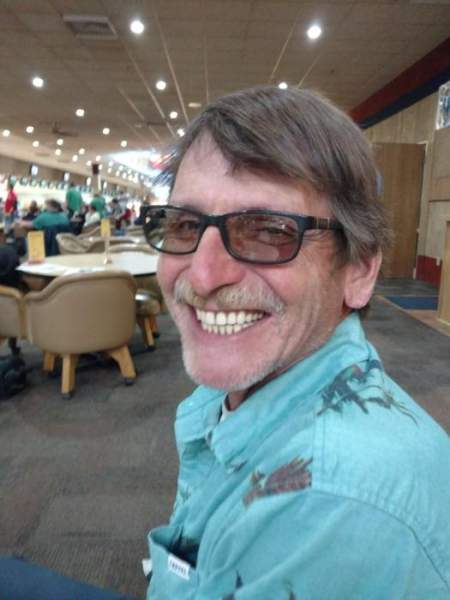 He spent 36 years at Spec-Temp Glass in Antwerp.

Bowie's funeral service is 10 AM with viewing one hour prior on Friday, Dec. 28th at Dooley Funeral Home, Antwerp.

All who knew Timothy "Bowie" Reid, would agree that life was certainly more fun when he was around. He was the ultimate prankster whose zest for life was contagious to all who were near. Tim lived fully and loved fully as his family was his greatest source of pride and joy. A longtime resident of his community, he was the sort of person everyone seemed to know. Life will never be the same without Bowie here, but he leaves behind a priceless collection of memories that his loved ones will forever hold near and dear to their hearts.

The 1960s were an exciting time in America as things were changing at an alarming rate. Televisions became part of our homes, civil rights were gaining momentum, and by the end of the decade we had put the first man on the moon. Amidst this time was a time of great excitement in the lives of Charles Hugh and Margaret Rose (Fultz) Reid as they announced the birth of their baby boy Timothy Paul on June 4, 1962, in Albuquerque, New Mexico. The middle child of four boys, he was raised in the family home alongside his siblings, Mark, John, and Dave. Tim’s father was a draftsman while his mother was a baker.

From the time he was a young boy, Tim had the world by the tail. He was a Boy Scout for many years making his way up to an Eagle Scout. One year all four Reid boys came home from Scout Camp with poison ivy so bad it affected Tim’s eyes causing him to miss several days of school. It should come as no surprise that Tim was a rambunctious boy and a jokester. One time, Tim and his brothers climbed the roof to get to the chimney to see how Santa came down. Unfortunately for them, it remained a mystery as the chimney was too high. He and his brother Dave could often be found playing catch outside, and Tim once broke his collarbone while falling from his grandmother’s pear tree while trying to catch a pear thrown by his brother, John. He attended Antwerp Local Schools where he played baseball, football, and basketball as a child into his teen years. It was while playing basketball that he was given the nickname, Bowie, after Sam Bowie, a college basketball star. Tim enjoyed pranking people and once backed into his driveway to hide the damage done to his car when he wrecked it in hopes his father would not notice. He went on to graduate from high school. As a young man, Tim went to California and Hawaii.

There was nothing that made Tim happier than being surrounded by his loved ones. He was blessed with five children including Tamara, Nicole, David, Derek, and Anthony. When Tim’s ex-wife was in labor for Anthony he made it halfway to the hospital before turning around when he discovered that he didn’t have his cigarettes. As a result, she ended up delivering before the doctor even got to the hospital. Tim cherished his kids and savored every moment they spent together. Life was certainly interesting with Tim as a father. One time, they were headed home from Mt. Rushmore but when he underestimated the drive by a few days, they ended up lost in Chicago Heights, which is not the best place to be lost. Tim took his children on many venturous trips including the Grand Canyon, Florida, Universal Studios, the ocean, California, Four Corners and many more. He wanted his children to see the beauties of the world.

Throughout his life Tim was rarely one to be still. His favorite hobby was bowling, and he was amazing at it, too. Tim played in state tournaments several times, but he always took the pressure off by making others laugh. He was known for saying to other bowlers, “Your Better bowlers would have got that,” and even had head gear with the abbreviation “YBBWGT”.  He was also known for wearing panties on his head at a state bowling tourney to make others laugh. Tim’s humorous ways left an everlasting impression at some bowling allies. He also played adult softball for years, and enjoyed driving in demolition derbies. Tim was a longtime social member of Antwerp VFW. He was a Cleveland Browns and Ohio State football fan. He enjoyed classic rock, and liked watching the History Channel. Tim even passed his appreciation for history on to his kids. Known for his strong work ethic, he made his career at Spec-Temp Glass in Antwerp for 36 years beginning when it was still TGS. More of Tim’s antics included when he made the newspaper with Jeff Lucas dressed as Batman and Robin. Tim even jumped from a roof with an umbrella trying to float down.

With his vibrant, fun-loving, and funny personality, Timothy Reid was second to none. He lived life fully and on his own terms, and his willingness to help others made him truly selfless. Outgoing and honest, Tim brought so much joy to those around him. Someone who lived by the motto of “You only live once,” he took nothing for granted. Deeply loved, Tim will be forever missed.

To order memorial trees or send flowers to the family in memory of Tim Reid, please visit our flower store.