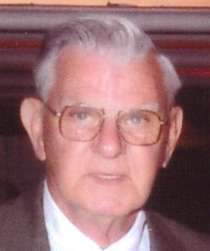 Walter was born in Fort Recovery,  on November 15, 1937, a son of the late Veronica (Dues) and William  Heitkamp.

He was a 1955 graduate of Fort Recovery High School;  a member of Divine Mercy Catholic Parish, the Knights of Columbus and the Adams Twp. Fire Dept. from 1968-1973. Walter worked at Fort Wayne Newspapers as a composing room machinist for 18 years then with Linotype Div. of Heidelberg USA. He retired Dec. 31, 1999 after 20 years of service, but loved farming with the Yearling Family for 46 years. In Mesa, AZ he worked part time at Home Depot and volunteered at Mount Vista Hospital.

He was also preceded in death by his brother-in-law, Richard Barth.

He will be laid to rest at St John the Baptist Catholic Cemetery.

Memorials are for Masses.

To order memorial trees or send flowers to the family in memory of Walter A Heitkamp, please visit our flower store.