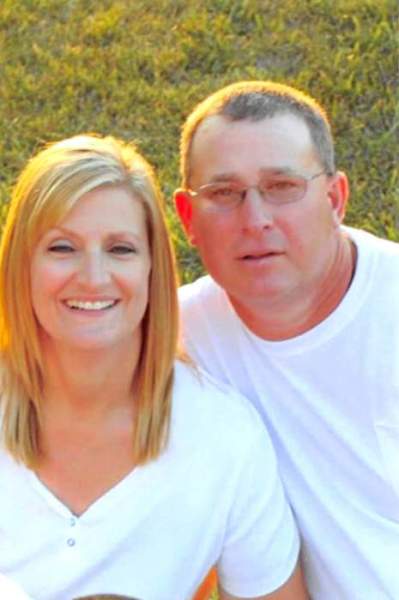 Bill was a talented journeyman carpenter who loved the outdoors but God & his family always came before his needs.

His funeral service is 11 AM with viewing one hour prior on Tuesday, January 30th at Payne Church of the Nazarene, 509 Orchard St, Payne, Ohio.

Flowers and other tributes may be delivered Monday between 9 am and 11 am to the Payne church of the Nazarene.

loved him. A selfless and loving man, Bill knew no greater joy than the

love of family and his Lord, although his love and appreciation for the

outdoors was never far behind. Bill enjoyed the friendships of many and

would do anything to lend a helping hand. He liked a good debate, and he

loved conservative politics. In his core, Bill was very patriotic and

loved his country and the freedoms many take for granted. With ways all

his own, he added much to the lives around him and will be deeply missed.

Although his time with us was all too brief, Bill leaves behind a lasting

legacy of love, kindness and care always to be remembered.

and beyond. It was during these times when the birth of William Alan

Moore on December 30, 1968 filled the hearts of his family with joy. Born

up in northwestern Ohio alongside his two sisters, Joy and Jennifer.

Sherwood, Ohio. Having enjoyed a childhood typical of his generation, Bill

found his share of mischief, too. His family often joked that Bill should

have had his own nameplate on the principal’s office door at Fairview,

because he was there so often! During his youth he enjoyed many

adventures with lifelong friends, better known and referred to as his

“brothers”. These special bonds continued throughout their lives.

Career Center, where during summer school, Bill met the love of his life,

Shandonn Cole. They dated for over a year and graduated together in 1987.

Deeply in love, they were never far from one another’s side, and on

September 21, 1991 in Bryan, Ohio, Bill and Shandonn celebrated vows of

marriage. One of the happiest days of his life, Bill was elated when they

began a family of their own. Blessed with five children, Zachary came

first, followed by Riley, and their precious daughter, Ellie, whom always

From his earliest years, Bill loved anything to do with being outdoors

which was his lifelong passion. Over the years and beyond he loved to

mostly deer, which went hand-in-hand with his knowledge and interest in

guns. Later in life this very interest became quite a hobby for Bill as he

often bought guns to restore, either collecting or reselling them.

Bill came to know his Lord and Savior in a personal way in 2001. Quite a

turning point in his life and heart, Bill considered himself extremely

blessed. In many ways, Bill lived a life of faith through his kind deeds,

caring heart, hard work ethic and devotion to those entrusted to his care.

Bill was a true example of a family man. Nothing made Bill happier than

being surrounded by his wife and children. His family pets, Lucy, Eddie,

Piper and Miss Kitty also played an important role in the Moore family.

Bustling with activity, their home welcomed the kid’s friends and Bill

never hesitated being involved in the lives of his children, especially

their involvement with their high school team, the Wayne Trace Raiders.

He was sure to never miss any of their sporting events.

Music was also very important to Bill. He loved all types, but David

Gilmore and Pink Floyd were especially influential in his life. He shared

his passion of music with his children as well, attending recitals, band

concerts and jam sessions. Shandonn and Zack cherish memories of

Family trips and vacations were always a delight for Bill. He loved to

travel, and their families east coast vacation last year was certainly a

Michigan, Niagara Falls, and Hawaii just to mention a few. Their trip to

their vacations together. When his son, Riley was diagnosed with a brain

tumor in 2009, the Make-A-Wish Foundation afforded Bill and his family

this unforgettable trip in 2010. This trip meant so very much to Bill and

they always intended on a return trip there in the future.

When Bill began his trade of choice in 1996, he gave it his all and then

some. His great carpentry skills and hard work really paid off as he made

quite a name for himself as a successful journeyman carpenter. He was

schools in Northwest Ohio and in the Northeast Indiana areas. In 1998 he

built their family home in Ney, Ohio and he spent many years remodeling

and restoring their current house in Payne. Throughout his career, Bill

work that came his way.

surrounded by those who meant the most to him. He was a devoted husband

and a proud, loving father. Bill took interest in and cared about the

little things in life. He never took for granted that for which he was

blessed, and he sought the Lord in every direction. The outdoors continued

to be his sanctuary and a place where he found respite. These are the very

things which Bill will be remembered, and although he has gone much too

soon from love’s embrace, the heart of Bill Moore will be remembered

January 20, 2018. His family includes his parents Gary and Carolyn Moore

His funeral service is 11 AM with viewing one hour prior on Tuesday, January 30, 2018 at Payne Church of the Nazarene, 509 Orchard St, Payne, Ohio. Viewing is also Monday, January 29, 2018 from 2-4 & 6-8 pm at Payne Church of the Nazarene. In lieu of flowers, memorials are to Shandonn Moore, PO Box 452, Antwerp, Ohio 45813. Fond memories may be shared at www.dooleyfuneralhome.com

To order memorial trees or send flowers to the family in memory of William Moore, please visit our flower store.